Partners at federal level may fight each other in Malacca polls 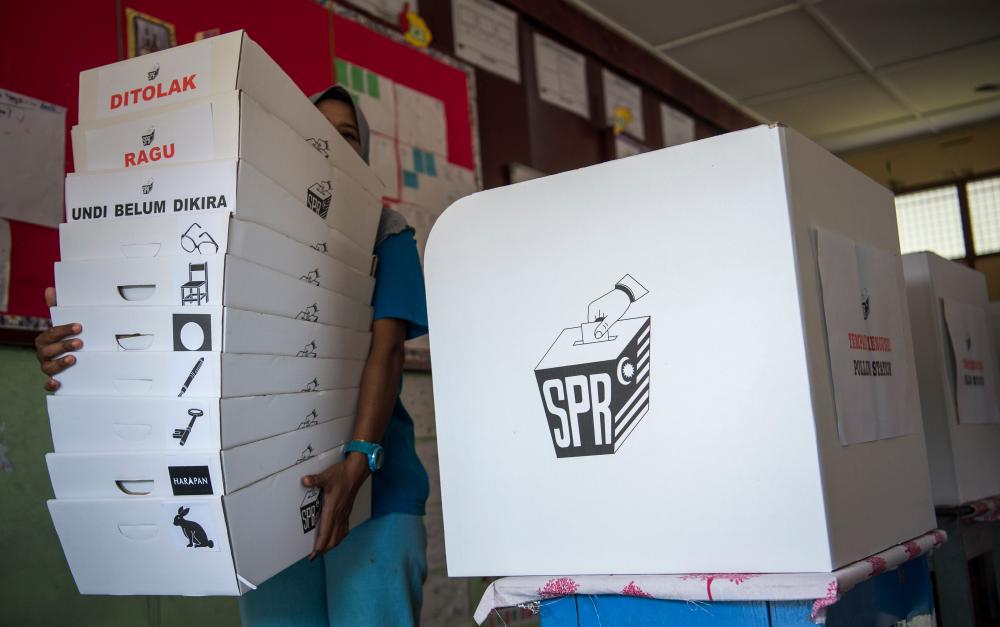 PETALING JAYA: Allies Umno and Bersatu will be adversaries when voters in Malacca cast their ballots in the coming weeks.

While it is still unclear when the polls will be held, the battle lines have already been drawn.

Umno has stated that it will not work with Bersatu, the party that helped it regain a hold on federal power when it abandoned Pakatan Harapan (PH) last year.

The Malacca polls is seen as a barometer for the next general election, not due until 2023, but an analyst believes Umno is confident that it has regained voter support.

Universiti Teknologi Malaysia geostrategist Dr Azmi Hassan said the polls will be an acid test for Umno in particular and Barisan Nasional in general.

He pointed out that Umno fared better than Bersatu in the 2018 general election, picking up 13 of the 28 seats in the state assembly, but lost out to the PH coalition of Bersatu, PKR, DAP and Amanah, which collectively took the remaining 15 seats. Bersatu won only two of the six state seats it contested then.

Triggered by the Sheraton Move, three assemblymen crossed the floor in February last year, leading to the collapse of the PH government. Umno’s grip on power in the state solidified with the appointment of its Lendu assemblyman Datuk Seri Sulaiman Md Ali as Malacca chief minister.

Sulaiman was recently ousted when four Perikatan Nasional (PN) assemblymen declared that they no longer supported him, leading to the dissolution of the state legislative assembly on Oct 4.

Idris, Nor Azman and Noor Effandi have since been sacked by their respective parties.

Azmi believes Umno remains confident that PH would not be able to gain more seats than the 12 it has now.

“Bersatu is also aware that it will face a difficult task challenging Umno in the polls,” he told theSun.

“Bersatu knows it has to work with Umno at both the federal and state levels because it lacks grassroots support,” he said, adding that the fight in Malacca could turn out to be a battle between the two Malay-based parties.

Azmi believes the sentiment on the ground now is in Umno’s favour.

He said Umno’s current efforts to keep the state government intact would also prevent it from being made a scapegoat in the ongoing political crisis.

He believes that Umno would even go as far as to work with PH, including DAP, to prevent snap polls.

Malacca Umno chief Datuk Seri Ab Rauf Yusoh has even offered his DAP counterpart Low Chee Leong, who is Kota Laksamana assemblyman, a seat in the state exco, upsetting a longstanding “No Anwar, No DAP” stance.

However, the top leaders in Umno have distanced themselves from Rauf’s move to protect themselves against any fallout if the strategy fails to work.

Universiti Malaya political analyst Dr Awang Azman Awang Pawi sees the Malacca polls as a test for all contesting parties in their preparations for the 15th general election. Contrary to Azmi’s assessment, he does not see any party leading in the race for votes yet. “It’s not going to be easy, even for Umno.”

Awang Azman believes the crunch will only come in the last four or five days before polling.

Nonetheless, he said Umno has the edge because of its access to federal resources, given that it now holds the reins of power in Putrajaya.

On the other hand, he said Bersatu is in a “precarious position”.

“It will have to seek an ally, but PH will not mend fences with them, while Umno has stated it is standing alone,” he added.