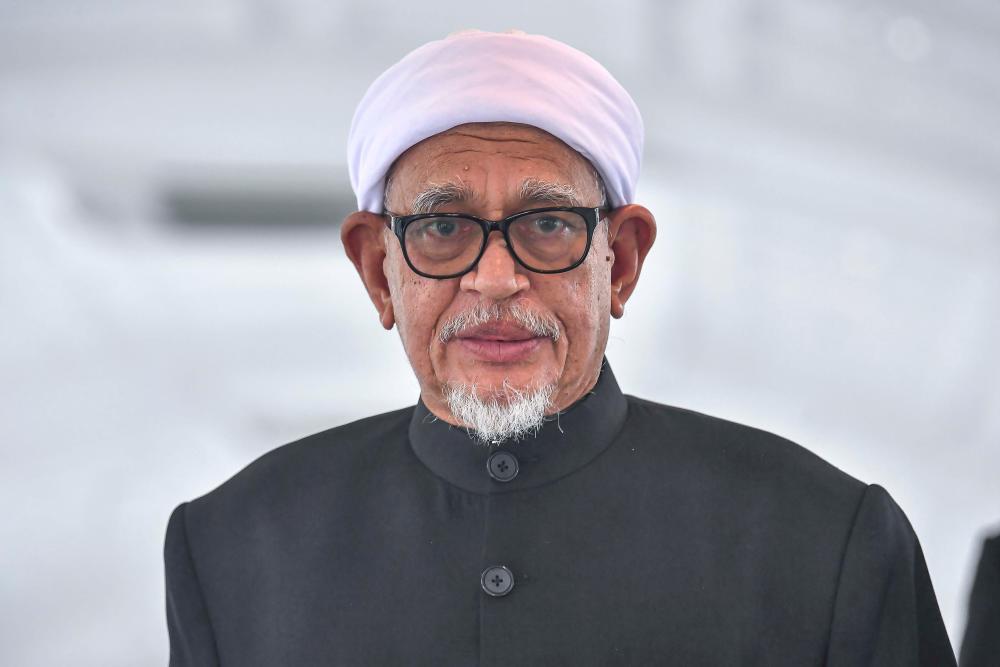 PETALING JAYA: PAS has rejected its pact with Umno under Muafakat Nasional (MN) and it would prefer to work with Perikatan Nasional (PN).

Its president Tan Sri Abdul Hadi Awang (pix) said Muafakat Nasional was “incomplete” and would be made complete with PN.

“PAS rejects Muafakat Nasional as this coalition is shackled by a cooperation only between Umno and PAS. PAS can still accept Muafakat Nasional, but only if it does not conflict with the larger and more powerful agenda of uniting the people through PN’s political ideas,“ he said in a statement today.

Abdul Hadi is seeking a grand coalition of Malay parties which include Umno, PAS and Bersatu, a proposition which Umno rejects as it wants to see an end to its splinter party Bersatu.

“PAS upholds the concept of unity in accordance with the Islamic perspective, which is the unity of Muslims, and also the unity amongst diverse people, including non-Muslims,“ he added.

Muafakat Nasional was a pact inked between Umno and PAS in 2019 with the intention of forming an alliance for the 15th general election.

However, PAS was reportedly swung in favour of an alliance with Umno’s splinter Bersatu after the latter ousted Pakatan Harapan from the government.

Several Umno leaders have also urged PAS to stop “swimming in two pools” and choose whether it wanted to side with Bersatu or Umno.

In Malacca polls, Bersatu picked up two seats under the PN banner, while PAS lost all seats it contested.