PAS stands committed to unity of the ummah- Takiyuddin 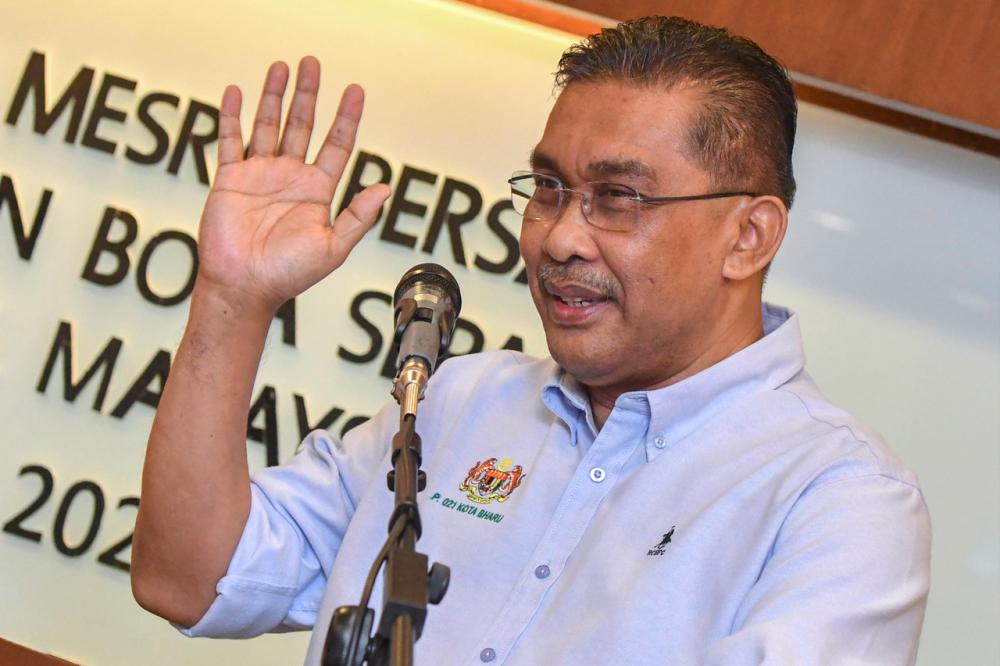 KOTA BHARU, March 6: PAS is committed to its stance that unity of the ummah is vital in forming a strong and stable government, said its secretary-general Datuk Seri Takiyuddin Hassan (pix) .

He said unity in Islam, among the Malays, the bumiputera and all citizens of the country is required to establish a strong government.

“In the Malaysian context today, we have the Malay Muslim parties. So these parties must unite to work together to enable effective administrative management of the country.

“In this context, we have seen how PAS, after decades of enmity with Umno had made a firm stand to establish ties with the party after realising the need to work together for the sake of the people and country and in following the unity of ummah concept,“ he told reporters after a meeting with former Kelantan football players here today.

Elaborating, Takiyuddin who is also a Minister in the Prime Minister’s Department (Parliament and Law) said unity of ummah is not exclusive to PAS and Umno only.

“The ummah unity charter states that parties that have the ambition to develop the country, especially the Malay, Islamic and bumiputera parties, are allowed to join in even though at the start the ummah involved only PAS and Umno.

Following several new developments and with the existence of other Malay parties, he said PAS decided that the ummah unity should be open to the other parties.

“Currently, Bersatu stands together with PAS and Umno but why is it that we cannot unite?” he asked.

Takiyuddin said PAS had always stressed the need for Bersatu to stand together with PAS and Umno, and if there are other parties with the common struggle to fight for the interests of the Malays, Muslims and bumiputera willing to join them in future, that would be all the better.

“In Sabah and Sarawak, they are united, but why can’t parties in the peninsula such as PAS, UMNO and Bersatu support the current government and be together in the next general election.

“To me, we should discuss this like a family and I am confident this matter will be resolved amicably as the saying goes, ‘united we stand, divided we fall’.

“We need a government with a stable and strong majority. PAS will continue to strengthen Muafakat Nasional (MN) and defend Perikatan Nasional (PN),” he added.- Bernama