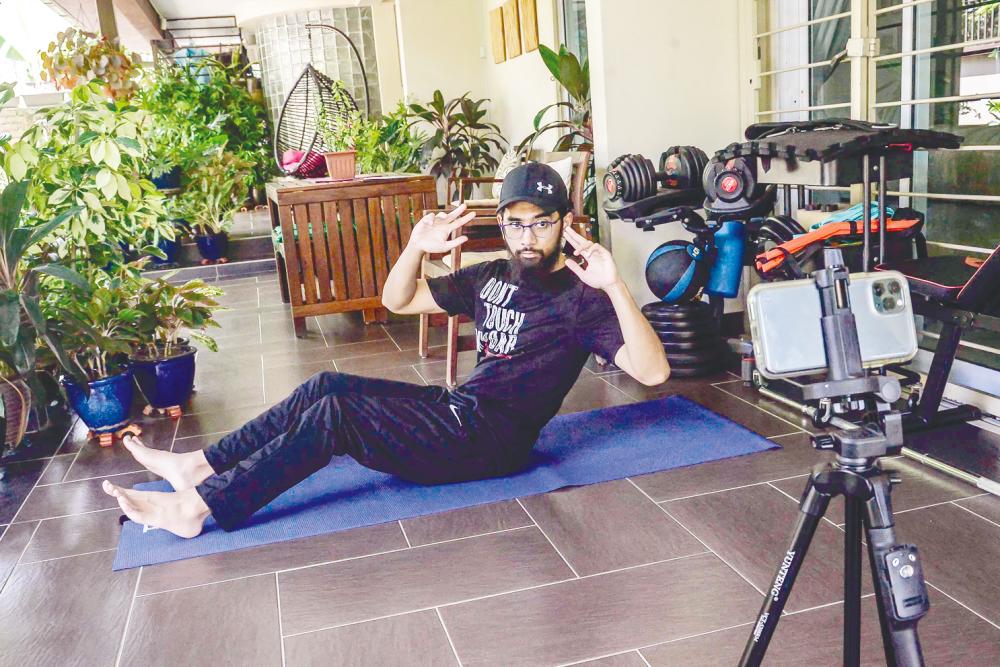 After 10 years sitting at a desk doing the same job, Muhammad Taufiq Tajuddin felt that it was time for a change. As a customer service consultant in a telecommunications company with a low basic salary, the future looked bleak.

“By then, I already had a four-year-old child and it was not easy making ends meet,” he told theSun.

“I had to be on my feet throughout a 12-hour shift that I normally put in,” he added.

Taufiq had hoped to climb the corporate ladder and agreed to start right at the bottom, but it did not work out.

In January last year, he realised that he would not get anywhere if he did not make a change.

Given his keen interest in fitness, Taufiq joined a gym as a personal trainer.

Unfortunately, Covid-19 struck less than three months later and the order to stop all gym activities effectively took his new job away.

The sudden turn of events left Taufiq in shock, but he recovered quickly. He realised that he could continue to help people stay in shape.

“I knew that while the gyms had closed, it did not dampen people’s desire to exercise and
keep fit.”

He knew there was a way to continue with his new career if only he could reach out to exercise enthusiasts. That was when he hit upon the idea of organising exercise routines online.

“That also gives people the convenience of doing their exercises as and when they like. They no longer have to come to a class at fixed hours. For those who have a regular job, that has always been a challenge,” he said.

Taufiq added that many trainers quickly rode the online wave and began conducting “live” group workout sessions. However, that did not appeal to him.

He started work on designing a programme that he said was practical for women who are also professionals in the corporate world.

“I realised that they also value their privacy and prefer to train in the comfort of their own home,” he said.

“It was not that great initially. There was some lag (delay between the user’s action and the server’s reaction) but it served its purpose,” he said. He experimented with a variety of content and quickly garnered about 1,700 followers.

With various improvements, Taufiq’s videos now have more than 33,000 followers. However, monetising his videos was another challenge.

“While I did not have to put in a lot of capital, I had to spend a lot of time to build my presence and tailor the exercises to meet a 12-week programme, which was what my clients needed,” he said. Taufiq now communicates with his clients on a daily basis.

“I would follow up on their progress until the end of the programme. I check to ensure that they complete the workout,” he said.

However, he also allows his clients some room for flexibility.

“I don’t believe in forcing people to do what they don’t want to do. I would just remind them of the reason they signed up for the programme in the first place.”

The strategy has worked out well. For instance, a frontliner reportedly lost 25kg in nine months.

Women in their 50s have also claimed that their fitness level has exceeded that of young adults.

To keep his business sustainable, Taufiq ensures that he has at least 14 regular clients a month and also gets to share their success stories, which for him serves to promote his services to others. Financially, he is now in a more comfortable zone than he ever was and for him, that is progress.

Now, he wants to inspire others with his “can do” attitude.