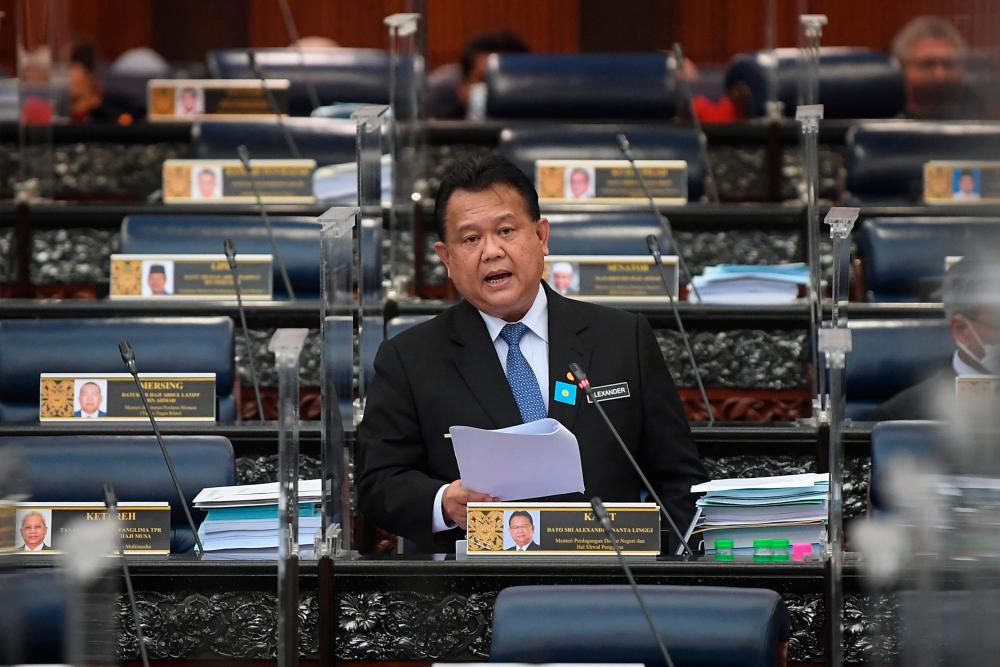 KUALA LUMPUR: The Dewan Rakyat today approved the Patent (Amendment) Bill 2021 which, among others, enables a patent to be recognised as personal property or movable property as a subject for the purpose of mortgage.

Domestic Trade and Consumer Affairs Minister Datuk Seri Alexander Nanta Linggi (pix) said this meant that patents can be mortgaged at financial institutions just like other personal or movable property.

“To develop, we need to find something new. This patent can be used as a collateral so help expand business, apart from giving added value to the patent,” he said when winding up the debate on the bill.

Earlier, when tabling the bill for second reading, Nanta said the amendments to the Patent Act 1983 (Act 291) were necessary to ensure that the country’s patent laws were in line with current developments on patent protection at the international level.

He said this would ensure that the patent laws could give more efficient and effective protection in line with the needs of the patent community, businesses and interested parties, and the country.

Nanta said the ministry also ensured that the amendments were consistent with the proposal for Malaysia to become a member of the Budapest Treaty on the International Recognition of the Deposit of Microorganisms for the Purposes of Patent Procedure (Budapest Treaty).