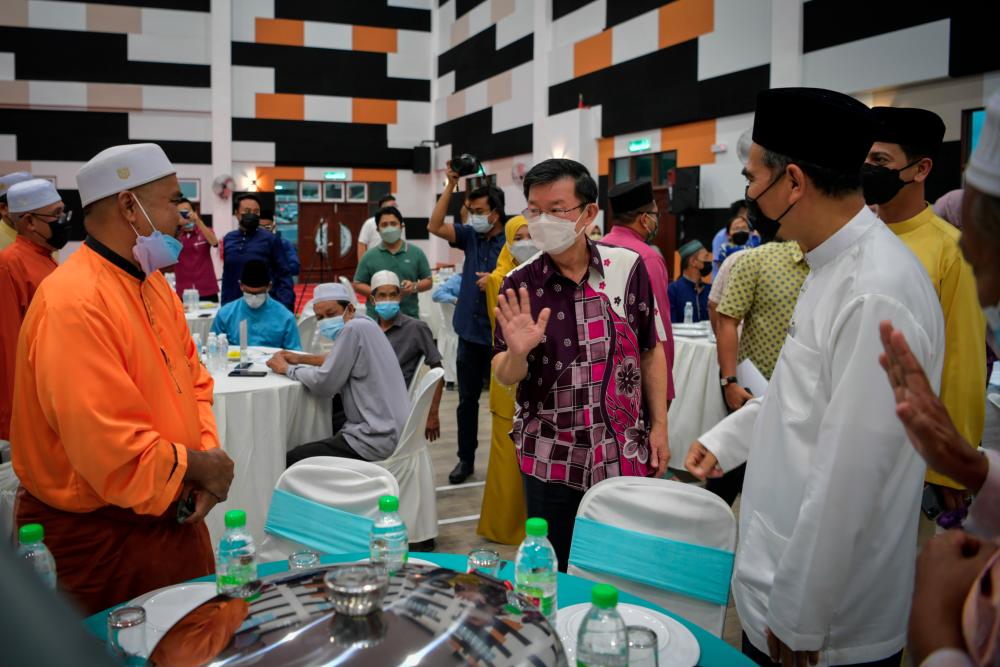 He said with the allocation, the state government hoped that all Islamic religious institutions to continue to foster the spirit of harmony in Penang.

“With the allocation, I have high hopes to continue to see Islamic religious institutions continue to remain harmonious and intact, thus ensuring that the ummah development efforts in the state can be realised successfully.

“Apart from that, I also hope that the mosque institution in the state can act as the liaison of community unity, especially the Muslims in Penang,” he said while officiating the state-level ‘Iftar Rakyat’ programme at the Permatang Pasir public hall, here today.

Meanwhile, Chow said similar to previous years, the Penang government continued to make contribution under the ‘Ihya Ramadan’ programme to 246 mosques and surau statewide with an allocation totalling RM256,000.

In the meantime, he said with some flexibility in standard operating procedures (SOP) given at this time, he believed that the month of Ramadan this time was more lively and meaningful for all, especially for the Muslim community.

“Similar to previous years, I took the opportunity to participate in ‘iftar’ (breaking of fast) together with the community because I believe this culture will further strengthen the relationship among us regardless of religion and race,” he said. — Bernama