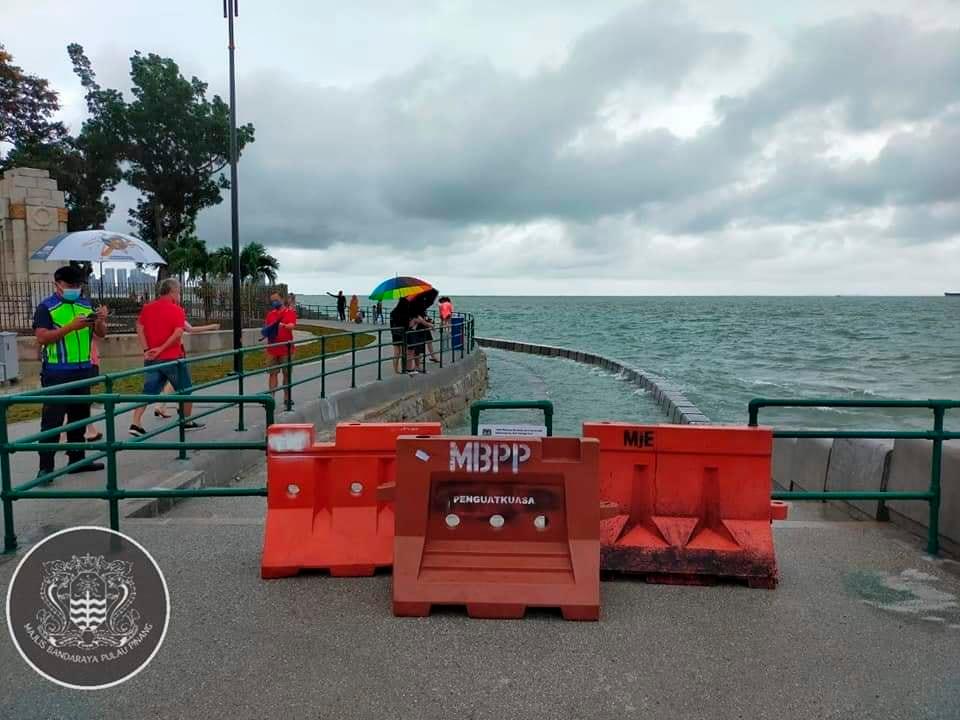 GEORGE TOWN: The Penang City Council (MBPP) has temporarily closed the lower pedestrian walkway at the Esplanade waterfront due to high tides.

The council announced the closure beginning this afternoon today following high tides in the area due to public safety.

MBPP also advised the public to avoid being too near the waterfront during high tides for their own safety.

The Esplanade waterfront, which opened to the public last Friday, cost RM12.9 million and is an initiative to upgrade the area to prepare acceptable, interesting and inclusive quality public spaces for all.

The upgrade was done based on comprehensive studies that included safety measures for the surrounding areas.

The development of the waterfront alignment includes a 570 metre pedestrian walkway from Medan Selera Renong to the Royal Malaysian Navy base.

The project was borne entirely by the MBPP but the Penang government donated an additional RM1.4 million for the Linear Garden project that will begin this year. - Bernama