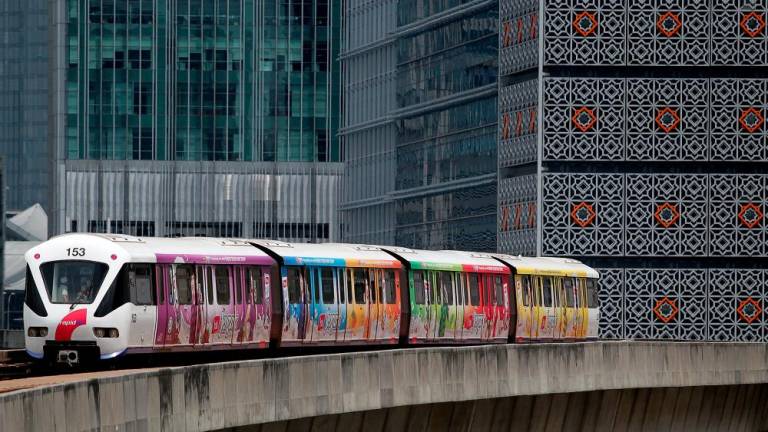 GEORGE TOWN: The Penang state government has disclosed that there are 30 conditions set by the Land Public Transport Agency (APAD) for its Light-Rail Transit (LRT) project.

Chief Minister Chow Kon Yeow said it had obtained the agency’s official letter stating the 30 conditions to the Penang state secretary on July 18.

“The onus is now on the state government to look into these conditions and take appropriate action to meet APAD’s requirements. We also want to announce the three-month public inspection period required by the agency which is to start from Aug 19,“ he told reporters after closing the Penang LRT Hunt 2019, here today.

The event was aimed at raising public awareness on the 30-km Komtar-Bayan Lepas LRT project and introducing the locations of the LRT stations to be built.

“In addition, the public can also provide feedback, support and criticisms or any other objections to the issues raised and we will include what they have provided in the feedback form,“ he said.

The state government as coordinator of the project together with the parties involved in the LRT construction, would review the feedback and give its answer for APAD’s consideration before it received approval from the agency and Transport Ministry.

Chow said among the 30 conditions was the state government should get feedback from the public and stakeholders on the LRT line that would pass through the area fronting the Sungai Nibong Besar Mosque during the public inspection period.

“The state government should also consult and seek feedback from Malaysia Airports Holdings Berhad (MAHB) on the location of the Penang Airport Station to ensure that the distance and connection facilities are conducive and appropriate for passenger movement between stations and airport terminals,“ he said.

The conditions also stated that all information from the public or government (state and federal) and non-governmental agencies/bodies involved and affected by the project regarding land acquisition, public utilities and other matters during public inspection, must be taken into account and the state government must collect reports and feedback and submit them to APAD after the public inspection period was over.

Chow said another requirement was for the state government to submit a written agreement along with approval/advice and support from relevant agencies or NGOs for the proposed Penang South Reclamation (PSR) project to the agency.

This was because the state government had proposed a depot and part of the line would be built on the PSR site before final approval of the railway line could be considered.

On July 17, Transport Minister Anthony Loke Siew Fook in a statement announced the Komtar-Bayan Lepas LRT project, as part of the Penang Transport Master Plan (PTMP) proposed by the state government had received conditional approval from the ministry.

He added that the application by the State Economic Planning Division was approved on July 16 and was subject to 30 specific conditions under Sections 83 and 84 of the Land Public Transport Act 2010. - Bernama