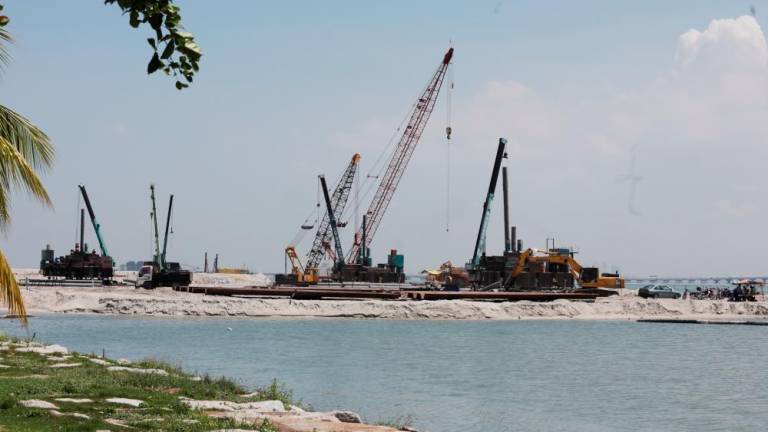 GEORGE TOWN: PAS wants the new government to review the Penang Transport Master Plan project, claiming that is has caused anxiety among villagers and fishermen.

It party’s central committee member Mohd Yusni Mat Piah, who is also Penaga assemblyman, said one part of the project - the Penang Southern Reclamation (PSR) segment - should be scrapped.

Under the RM70 billion project, which has already been approved by the previous government, three artificial islands with a total land area of 1,800ha, will be created off the coast of Teluk Kumbar.

There has already been a lot of opposition to the project from environmentalists and civil society who claim that it will cause irreparable damage to marine life and that it is a waste of money. They also want it discontinued in view of its impact on the climate.

“I will liaise with the new Environment Minister Tuan Ibrahim Tuan Man with a view to re-examine the project in detail,” he said. Tuan Ibrahim, who is PAS deputy president, was sworn in as the minister today.

Yusni claimed that while the PSR project could raise revenue for the state, it would be at the expense of the fishermen and the ecology.

The PSR was mooted to help Penang raise the funds to underwrite the cost of its transport master plan which includes two pan-island expressways, a light rail transit line and a cable car link between the island and the mainland.

Also approved by the previous government is another reclamation project in Gurney Drive to raise the funds to pay for highways to link Tun Dr Lim Chong Eu Expressway with Gurney and Air Itam and a new road from Tanjung Bungah to Teluk Bahang.

Apart from that is the undersea tunnel project linking Gurney Drive with Bagan Ajam. Restoration of water supply in Kuantan has reached 50%: PAIP

Restoration of water supply in Kuantan has reached 50%: PAIP

Court: Children born overseas can get citizenship by operation of law if father is M’sian

5.Restoration of water supply in Kuantan has reached 50%: PAIP