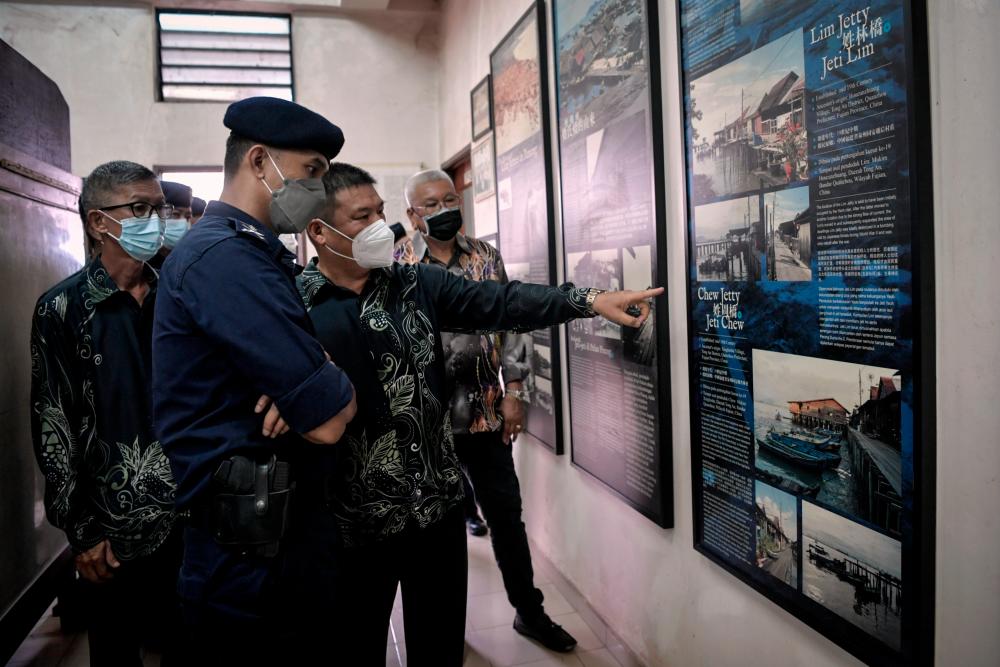 GEORGE TOWN: Penang police have intensified patrols at the state’s hotspots, including recreation venues and clubs, to ensure public compliance with the standard operating procedures (SOP) of the National Recovery Plan (PPN).

State police chief, Datuk Mohd Shuhaily Mohd Zain (pix) said currently there were more than 100 SOP monitoring teams involving all forms of patrols mobilised throughout the state and more would be added if necessary.

“Penang police are always conducting patrols and monitoring in public areas to ensure adherence to the SOP but recently, we have increased it due to the new variant of Covid-19.

“So, I ask for cooperation from the public to not be complacent but continue to abide by the SOP because with the opening of various sectors now, it will definitely involve more people. Many are also starting to return to work while various other activities have resumed to boost the economy,“ he told reporters after a visit to Chew Jetty, here, today.

Apart from Chew Jetty, there were five other jetties involving floating villages comprising families of Lim, Tan, Lee, Yeoh and another mixed lineage called ‘Mixed Clan Jetty’, with all these now being tourist locations in Penang.

Mohd Shuhaily was commenting on the directive of Deputy Inspector-General of Police, Datuk Seri Mazlan Lazim who wanted all state police chiefs to monitor compliance with the PPN SOP at recreation clubs in their respective states.

Mazlan was reported to have said this in reaction to a report that private parties were relocating from entertainment premises to clubs instead.

Mohd Suhaily also said that apart from the SOP compliance team, his team, including himself, had been receiving information or complaints directly from the public on violations of the SOP at tourist hotspots, including recreation clubs.

“If there are (complaints) I will immediately instruct the team to see whether the crowds comply with the SOP or not,“ he added.

He said currently, the level of compliance in Penang was still high although some tourist hotspots were always crowded. — Bernama