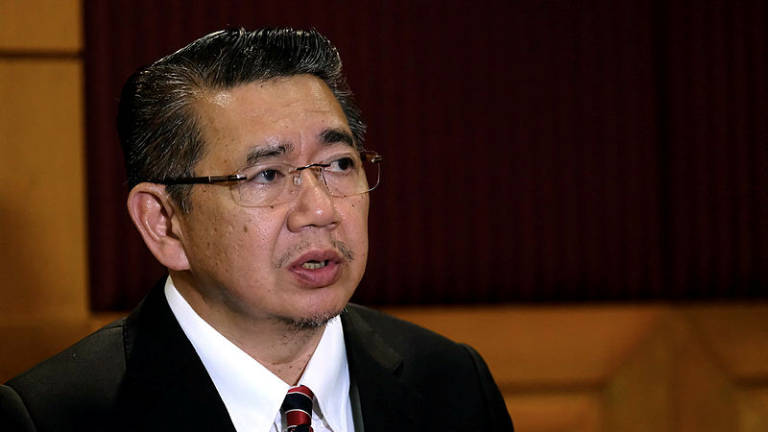 KUALA LUMPUR: The Penang South Reclamation (PSR) project will have grave, lasting impact on the fishery industry in Penang, affecting an estimated RM555 million in potential annual income for fishermen.

Agriculture and Agro-Based Industry Minister Datuk Salahuddin Ayub (pix) said that the Fisheries Department had previously noted that the project would drastically affect marine life and the livelihood of the fishermen.

He explained that this was due to permanent damage and residual impact caused to the mudflat ecosystem and fishing ground, affects the prawn population due to loss of a migration route, and because the project is expected to only be completed in 15 years time.

“The implementation of the project will affect 4,996 fishermen in Penang, 1,422 of which are traditional fishermen,” he told the Dewan Rakyat, here today.

“It is estimated that 51,184 metric tonnes of marine captures in Penang worth RM555 million a year will be affected due to this permanent destruction.

“The PSR project will also affect some 511 aquaculture breeders with production of 45,742 metric tonnes valued at RM1.67 billion,” he added.

Salahuddin said considering the project is an initiative by the Penang government, it would be its prerogative to fairly compensate those affected.

The minister was responding to Datuk Seri Reezal Merican Naina Merican (BN-Kepala Batas) question on whether the PSR project would affect the livelihoods of the fishermen there, and what form of compensation they would be given.

On a separate question, Salahuddin said his ministry does not have the power to make decisions pertaining to the matter, and this would be done by the National Physical Planning Council (MPFN), which is chaired by Prime Minister Tun Dr Mahathir Mohamad.

“In the Cabinet, for any plans or decisions, a collective agreement is necessary. As for our ministry, we have given whatever necessary information to them.

“However, we (ministry) can’t make any decision. This is subjected to MPFN’s approval. We will listen to their decision later,” he added.