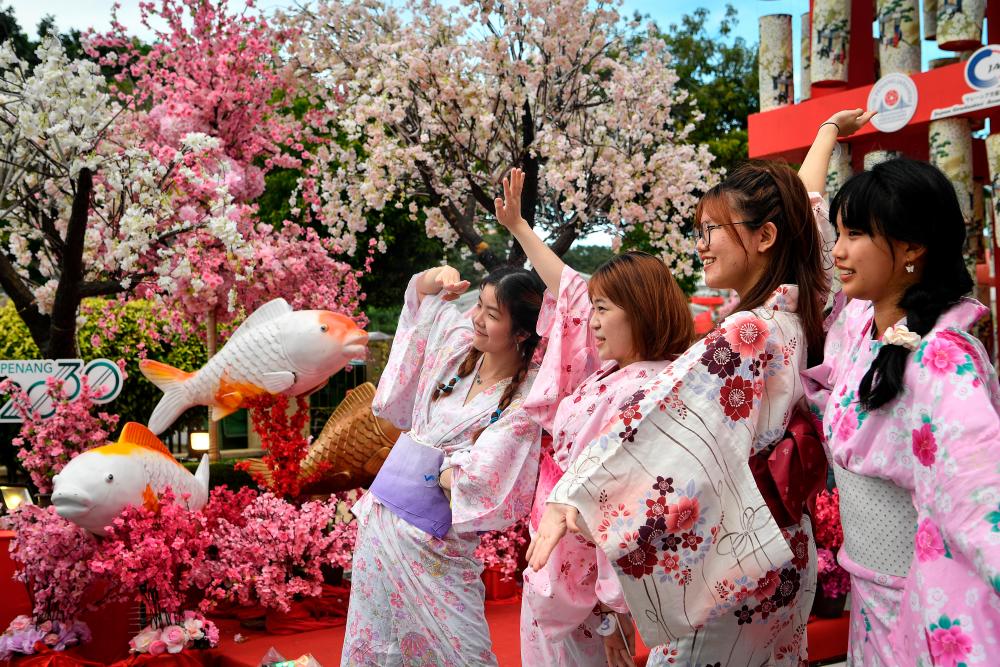 Both Malaysians and other guests eagerly welcomed back the event after a two-year lapse due to the COVID-19 pandemic, with many dressing up in Japanese attire and joining in the dances with much merrymaking.

Penang Chief Minister Chow Kon Yeow said the celebration is jointly organised by the state government and the Japanese Consulate-General’s Office. He said the mutual concerted efforts had contributed to the success of today’s event.

He said Bon Odori is a traditional Japanese festival that is celebrated with dances and a lively performance of drums to welcome the homecoming of ancestral spirits.

“Looking beyond the festivities, the Bon Odori Festival is a testament to the long-standing friendship between Penang and Japan. It is an occasion worthy of celebration as we foster a deeper and stronger relationship with our Japanese counterpart, building more bridges for mutual understanding in this era of globalisation,“ he said at the official opening of festival here today.

Meanwhile, Takahashi said Japan highly appreciates Malaysia’s cultural diversity, and tolerance has been an engine to promote bilateral relations in all its aspects including this Bon Odori Festival.

He also said that the annual Bon Odori Festival that has been held for almost half a century in this country is an effort to promote and strengthen friendship between Malaysia and Japan.

“I also hope that we can all feel the beauty of cultural exchanges between Japan and Malaysia, as symbolised by the splendid Malay dance we just enjoyed, and various Japanese cultural performances including the Soran Bushi dance and Japanese drums performance by students of the Penang Japanese School after the opening ceremony,“ he added. - Bernama