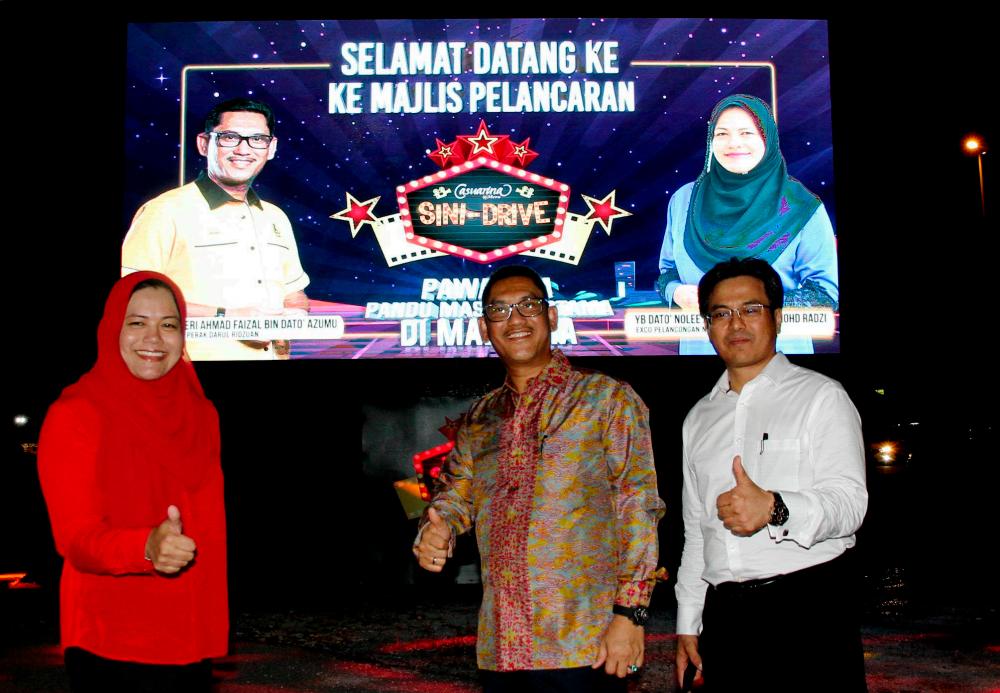 IPOH: Perak has launched the first drive-in cinema in the country, known as the Casuarina Sini-Drive here, starting yesterday.

Perak Mentri Besar Datuk Seri Ahmad Faizal Azumu said the cinema, located in Downtown Meru, can accommodate up to 70 vehicles at any one time, and it is an initiative of Perak Corporation Berhad (PCB).

“I was inspired to create this drive-in cinema from my experience during the Movement Control Order (MCO) when we were instructed to comply with social distancing.

“This cinema is expected to have a positive impact on the tourism sector in Perak which is badly affected by the Covid-19 pandemic and to help revive the activities of tourists travelling to Ipoh,” he said.

He said this at a press conference at the launching of Casuarina Sini-Drive which was also attended by state Housing, Local Government and Tourism Committee chairman Datuk Nolee Ashilin Mohammed Radzi and PCB chief executive officer Zainal Iskandar Ismail.

Meanwhile, Zainal Iskandar said that the public can book tickets for movie screening online, priced between RM36 to RM42 for each vehicle including a set of snacks and drinks, at www.sini-drive.com.my.

He said the public can enjoy screenings of various genres including action movies as well as Bollywood fare from 8pm to 11pm on the six metres by 18 metres screen daily except Mondays starting today (July 18).

“A special radio frequency will be provided to the audience so the film sound can be heard directly through their respective vehicles’ audio systems.

“We plan to open this drive-in cinema in other places such as Kuala Kangsar and Kampar if it is well received,” he said. — Bernama