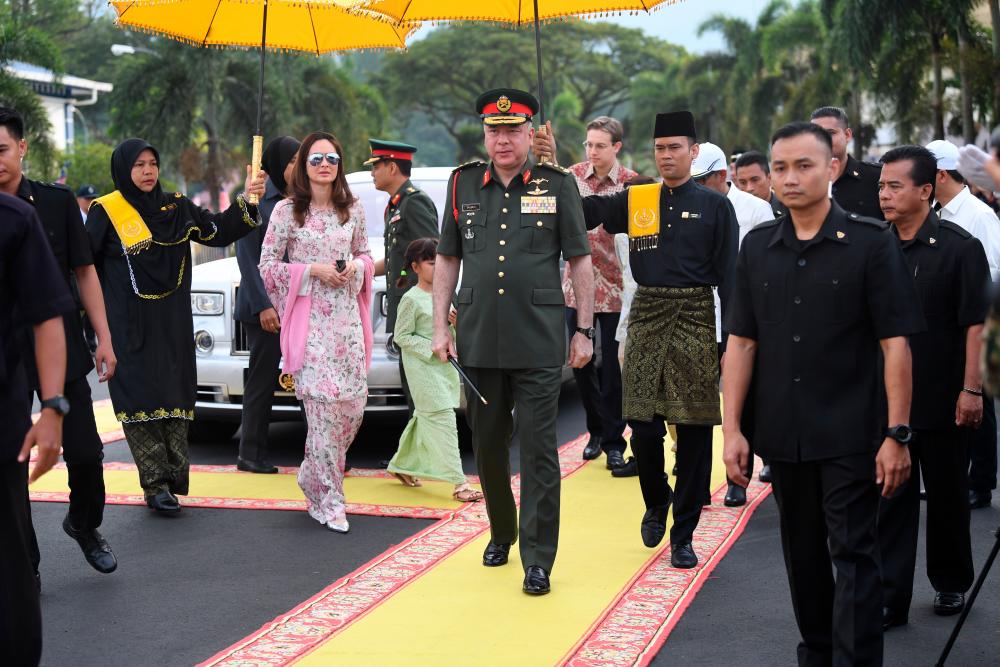 IPOH: The Sultan of Perak, Sultan Nazrin Shah today criticised a handful of people, including leaders, who would compete to demonstrate their ego to the extent of lowering their self-esteem for the sake of gaining influence and political support.

He said that the political climate in the country after the 14th General Election was getting hotter through acts carried out by political leaders whether from the government or the opposition parties.

Known as a Ruler who frequently ‘admonishes’ leaders if they were in the wrong, Sultan Nazrin said that after 62 years of achieving independence, the act of instilling the feeling of hatred between the races and religions were being committed more often.

He said various provocations which were extreme in nature were being made including placing dolls and hurling of pork into the mosque, placing the head of cattle in Hindu temples, disseminating slanders through the social media and insulting the Islamic religion as well as Prophet Muhammad.

The Ruler said such acts were actually setting up time bombs which were waiting for the right time to explode.

“Beware! The splinters from such time bombs do not discriminate their victims. In fact, the grandchildren and other family members of those who set up such time bombs are also exposed to the dangers due to the action of those with shallow minds,” Sultan Nazrin said.

He said that the true facts and authenticity of the news concerned were not important, on the other hand, emotions played a bigger role in influencing the people including the learned to the extent that their minds were being poisoned and possessed.

In addition, said the Ruler, every incident from crime on the road to the disciplinary action of teachers in schools or employers at the work place, the colour of the leaders’ attire, errors in raising the national flag, and changes in school curriculum were being negatively interpreted according to racial and religious dimensions.

“Such situations are very unhealthy, placing the nation in a dangerous and worrying situation. The majority of the people in the country love peace. The people are becoming more restless and fearful,” said the Sultan of Perak.

Sultan Nazrin said the heated weather must be immediately brought down and the acts of instilling racial feelings and spreading the feelings of enmity between the religions must be stopped without delay.

He said the rule of law must remain sovereign so that personal security and the safety of public property would be protected and ensured.

Concluding his speech, Sultan Nazrin prayed that Malaysia would be placed under trustworthy and sincere leaders who would carry the voice of moderation, voice of reasons and friendship so that the people of various races and religion in this country could live in peace and harmony. — Bernama

Driving test backlog will be cleared by end of year -JPJ

Phase 3 BPR payments to be credited from Tuesday - Ismail Sabri

2.Driving test backlog will be cleared by end of year -JPJ