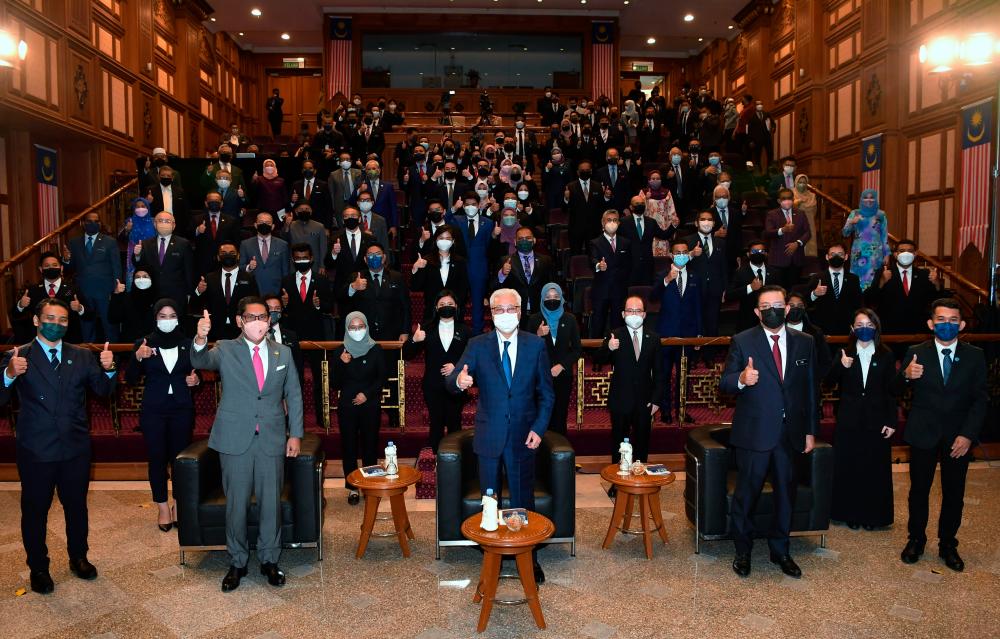 He said the programme provided exposure to the young people concerning government administration and following the responsibilities of a minister and politician.

A total 66 youths were picked to participate in Perdana Fellows this year and they would be placed with 32 Cabinet Ministers and the Chief Secretary to the Government starting from today until Dec 31.

The Perdana Fellows Programme was implemented by the Youth and Sports Ministry (KBS) since 2013 and had involved the participations of over 600 young people.

It is an initiative of the government to train youths with potential to acquire high-level skills as well as involve them directly in the formulation and formation of government policies.

Ahmad Faizal said the ministry would always communicate with the fellows in order to keep tab of their developments.

Meanwhile, Gan Wen Shen, 30, was excited when he found out that he would be placed at the Prime Minister’s Office (PMO), this morning.

“I hope I can involve myself in the process of formulating government policies in the three months I am here,” he said.

Meanwhile, Pavidra Roganathan, 24, said that she was extremely lucky to have been given the opportunity this year.

“My aspiration is to know more about Parliament and the policies implemented by the government from the beginning until they reach the people,” said Pavidra who picked Minister of Health Khairy Jamaluddin as her political figure.

Nathasha Diyana Zulkifly, 23, who was stationed at KBS, hoped she could identify the policies on youth and hoped to contribute as much as possible in the implementation of the coming National Youth Day. — Bernama