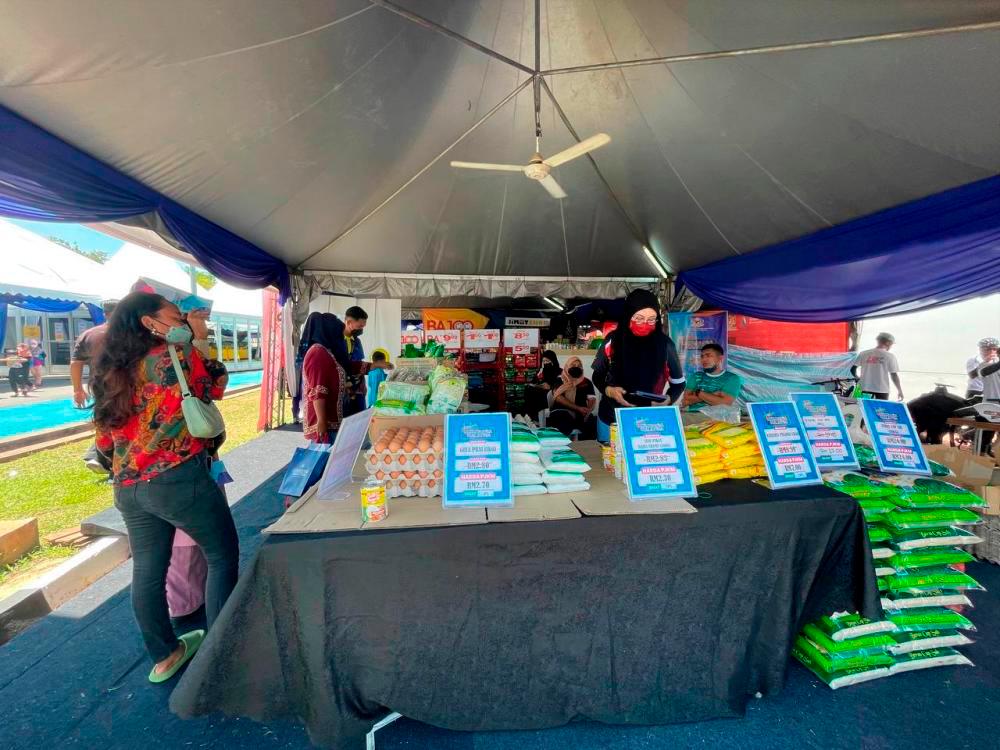 KANGAR: More than 2.2 tonnes of cooking oil packets flew off the shelves at the Keluarga Malaysia Sales Programme (PJKM), held in conjunction with the Perlis Malaysian Family Aspirations (AKM) Tour programme, in just two days since it started on Friday.

The sale, which entered its third day today, offers essential items at lower prices than in the market, including cooking oil packets sold at 20 per cent lower than the market price.

Ministry of Domestic Trade and Consumer Affairs (KPDNHEP) Perlis director, Norazah Jaapar, said that among the items sold out at the KPDNHEP tent on the first and second day were cooking oil packets and grade B eggs.

“We have sold more than 2.2 tonnes of cooking oil packets at the Keluarga Malaysia tent, held in conjunction with the AKM Tour.

“As today is the third (and last) day, starting at 3 pm we have a special event for all visitors, where prices offered will be (even) lower,” she told Bernama here today.

She said there was no specific sales target as the programme was to help the B40 group buy essential goods at a lower price.

Among the items sold at the KPDNHEP tent and priced at RM2 each are 150 grams (g) packets of anchovies, 420 g soy sauce, 400 g bottled chilli sauce and 130 g packet coffee.

Norazah said that PJKM will continue in Perlis, and it will be held this Thursday at Taman Beseri Indah, from 2 pm to 6 pm.

Meanwhile, civil servant, Muizzuddin Naim Yazi, 25, from Kedah, noted that the prices of goods sold here are much cheaper than in shops.

Also in agreement was government retiree, Norma Lah, 63, who wished for such a programme to be extended to give the community access to essential goods at lower than market prices, especially for the B40 group.

The AKM Tour is an extension of the AKM 100-Day programme held at the Kuala Lumpur Convention Centre in December last year, to ensure that all segments of the society understand and appreciate the aspirations of Keluarga Malaysia.

Perlis is the third destination for the AKM Tour, which is held at the Tuanku Syed Putra Sports Complex for three days from March 25. - Bernama