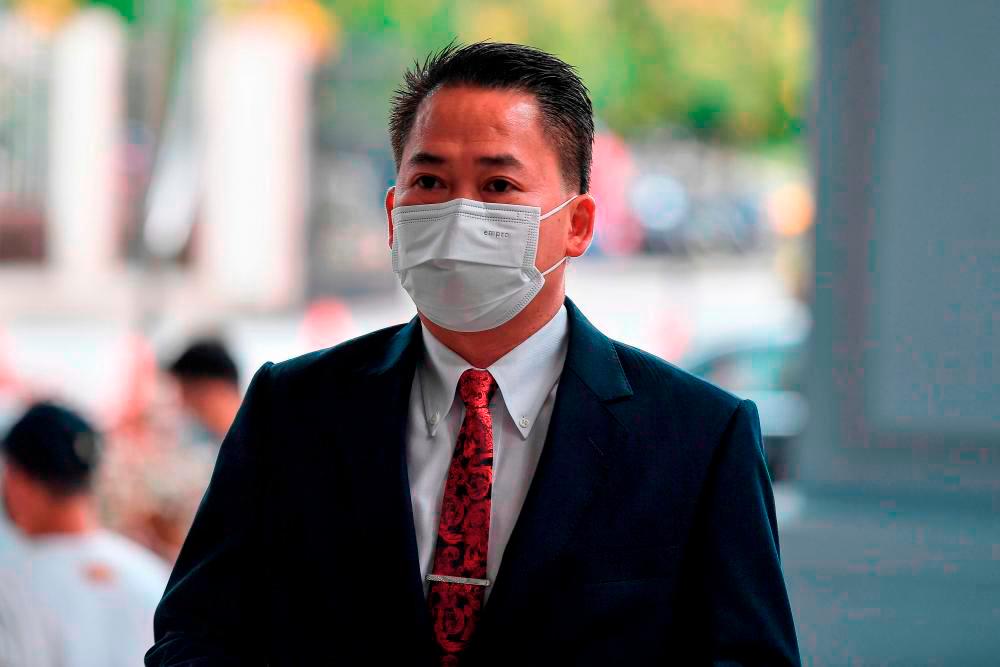 KUALA LUMPUR: The Sessions Court here today sentenced Datuk Peter Anthony to three years imprisonment and a fine of RM50,000 after he was found guilty of forging a letter for a Mechanical and Electrical Systems (M&E) maintenance work at Universiti Malaysia Sabah (UMS).

Peter was charged in his capacity as managing director of Syarikat Asli Jati Sdn Bhd with forging a letter from the office of UMS Deputy Vice-Chancellor, dated June 9, 2014, by inserting a false statement with the intention of using it for fraudulent purposes.

The offence was allegedly committed at the office of the Prime Minister’s principal private secretary at the Perdana Putra building in Putrajaya between June 13 and August 21, 2014.

The charge was framed under Section 468 of the Penal Code which provides an imprisonment for up seven years and a fine, upon conviction.

However, Azura, in response to an application by Peter’s counsel, S. Devanandan, allowed a stay of execution of the jail sentence pending an appeal at the High Court against today’s decision, but ordered the RM50,000 fine to be paid today.

Earlier during mitigation, Devanandan asked the court to impose a lenient sentence on his client on grounds that Peter had cooperated until the end of the trial and appeared in court without fail, when required.

“In this case, Syarikat Asli Jati has helped hundreds of UMS students and he (Peter) had also helped the poor students at UMS,” said the lawyer.

Deputy public prosecutor Haresh Prakash Somiah applied for a deterrent sentence as a lesson to others, including politicians and civil servants.

He requested the court to impose a jail sentence of three to five years and a fine of between RM30,000 and RM50,000 on the accused.

In this case, he said, UMS reputation as a public university, had also been affected as the contract given to REMT Utama Sdn Bhd had to be withdrawn.

“The accused’s company seemed to have ‘hijacked’ the M&E work contract at UMS which was originally given to REMT Utama Sdn Bhd which had won the tender for the maintenance work through an open tender.

“Imagine if REMT Utama were to sue UMS for the action.. the funds allocated for students had to be used to pay the suit,“ he added.

Haresh Prakash submitted that the accused had planned the scam to an extent that he wanted to meet with the then prime minister and finance minister Datuk Seri Najib Tun Razak to get the project.

According to the DPP, based on the testimony by the accused, it was confirmed that lobbying and seeking support through letters to obtain projects and tenders is a common practice in the country.

“But it is appalling because it is by Peter who the former Sabah Minister of Development and Infrastructure of Sabah,“ he said.

He said because of the action by the accused, two prosecution witnesses (SP) in the case, UMS deputy vice-chancellor (Academic & International) Professor Dr Shariff Abdul Kadir S. Omang (SP8) and former registrar Datuk Abdullah Mohd Said (SP9) , had to bear the shame and suffering as disciplinary action was taken by UMS against them.

“The accused was willing to do anything to get the project without taking into account the consequences and implications of his actions on other individuals,“ he added.

Meanwhile, Devanandan said his client would file an appeal against the jail sentence at the High Court soon.