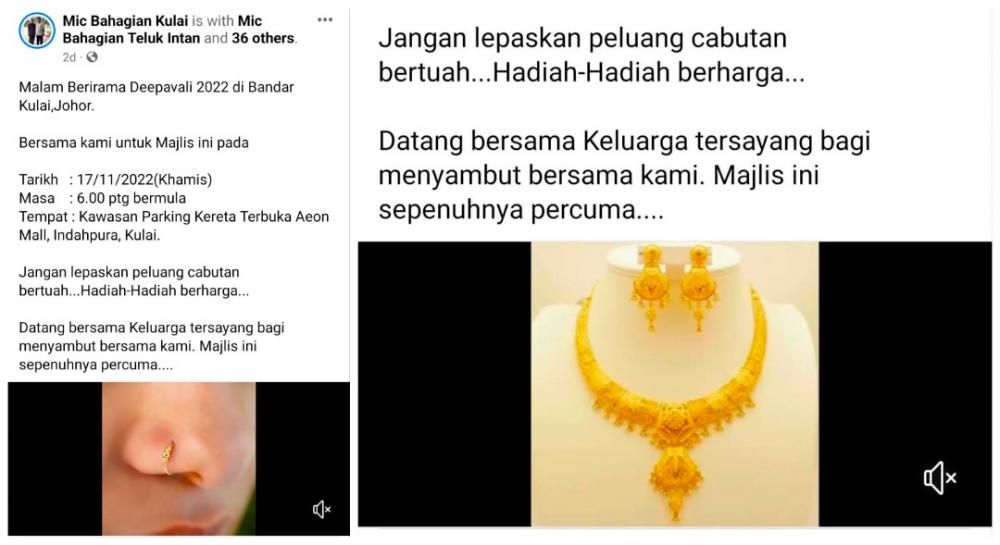 According to Teo, as many as ten expensive gifts, including gold chains and mobile phones, were given out as lucky draw prizes at the programme, Malaysiakini reports.

“The BN Kulai candidate (Chua) also spoke and campaigned in the programme. It is quite clear that it was a vote-buying campaign programme,“ Teo reportedly said during a press conference earlier today.