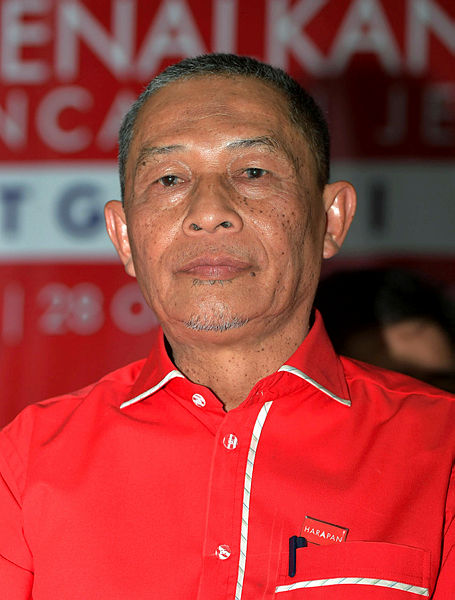 PETALING JAYA: A local man has pipped a former mentri besar to be the Pakatan Harapan (PH) candidate for the Tanjung Piai parliamentary by-election on Nov 16.

The two parties have been locked in a battle to have one of their own picked to contest. If Umno gets its way, the party could field Datuk Seri Khaled Nordin, who served as mentri besar from 2013 to 2018.

Osman, who was appointed mentri besar on May 12 last year after PH took Johor in the 14th general election, was forced to resign on April 13 this year over decisions he had made that were seen to be against the federal government.

In last year’s elections, Karmaine, 66, contested in Pontian but lost to Umno’s Datuk Seri Ahmad Maslan in a three-cornered fight.

PKR president Datuk Seri Anwar Ibrahim has given an assurance that his party would do what it could to ensure a PH victory.

MCA secretary-general Chong Sin Woon said the more important issue was for the various parties within BN to work together to ensure victory.

Apart from PH and BN, Gerakan is also fielding a candidate. Its president Datuk Dr Dominic Lau Hoe Chai had said earlier that the party’s candidate would be named tomorrow.

Political analyst Assoc Prof Dr Awang Azman Awang Pawi of Universiti Malaya’s Centre for Democracy and Elections said Kamaine’s lack of political baggage would give him an advantage over his rivals.

The seat was left vacant upon the death of Datuk Mohamed Farid Md Rafik on Sept 21.

3.Sparse attendance at rally in support of US Capitol rioters