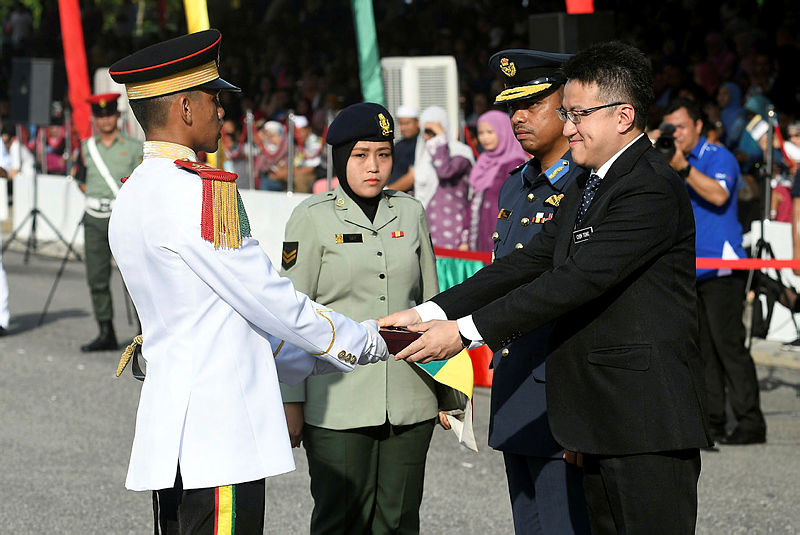 Chin Tong, who is also Deputy Defence Minister, said DAP advisor Lim Kit Siang’s statement that the party would leave PH if it did not achieve its objectives of the New Malaysia should be viewed from a wider perspective.

“We need to read the statement in full. The statement means all parties in PH including DAP have a mission to realise the New Malaysia and I think that should be the main focus to be orchestrated together.

“The original goal of the struggle is to steer Malaysia in a better direction.

“The involvement of PH party members in politics is not for the sake of positions in the government but to build a better Malaysia,“ he told a press conference after attending the annual passing-out parade and prize presentation ceremony of the Royal Military College (MTD) here today.

The parade was held to honour and recognise the success of 251 Form 5 students who completed their two-year study at MTD.

Last Thursday, Kit Siang wrote in his blog commenting on businessman Clement Hii, who had expressed concern that the public might see DAP as just another MCA if it did not seek to implement changes.

Meanwhile, responding to a question on his involvement with the Institute of Southeast Asian Studies (ISEAS) in Singapore which is rumoured to be an intelligence arm of the republic, Chin Tong said he has the institute’s visiting Research Fellow since 2006.

He explained that he has been conducting studies on PAS, the internal political issues related to Muslims in Malaysia and had produced articles that were published in books and journals which also could be accessed on his blog. — Bernama Battle to save ghostly Balkan lynx from extinction Battle to save ghostly Balkan lynx from extinction

4.Battle to save ghostly Balkan lynx from extinction