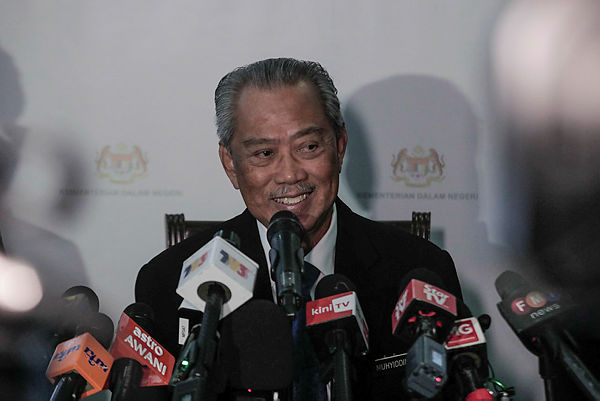 PUTRAJAYA: The Pakatan Harapan (PH) leadership will meet in Muar tomorrow to discuss preparations for the Tanjung Piai by-election.

PH deputy president Tan Sri Muhyiddin Yassin will chair the meeting of the Johor chapter of the coalition which is headquartered in Muar.

“We will decide what needs to be done to ensure victory in Tanjung Piai,” he said at a press conference after launching the Security and Public Order policy at the Home Ministry here today.

Muhyiddin said Parti Pribumi Bersatu Malaysia, of which he is president, would likely be given the seat in accordance with current convention. He said the list of potential candidates was being finalised.

“We have yet to make a decision. We have another month to make sure the candidate will be accepted by the people,” he said.

He said the results of past by-elections, including in Semenyih where PH lost, would be taken into account when the coalition prepares for the by-election.

“We already have feedback and we will conduct a post-mortem so our strategy will have greater impact. We will explain the issues that people may not understand as well as those that have cropped up on social media,” he added.

The seat fell vacant upon the death of incumbent Datuk Dr Md Farid Md Farik, who wrested it from MCA’s Datuk Wee Jeck Seng in the May 9, 2018 general elections.

Are we a producer, creator or consumer economy?

1.Hoteliers hope this is not the beginning of another setback

5.Are we a producer, creator or consumer economy?