Phase One of Pan Borneo Highway project in Sarawak 71% Complete 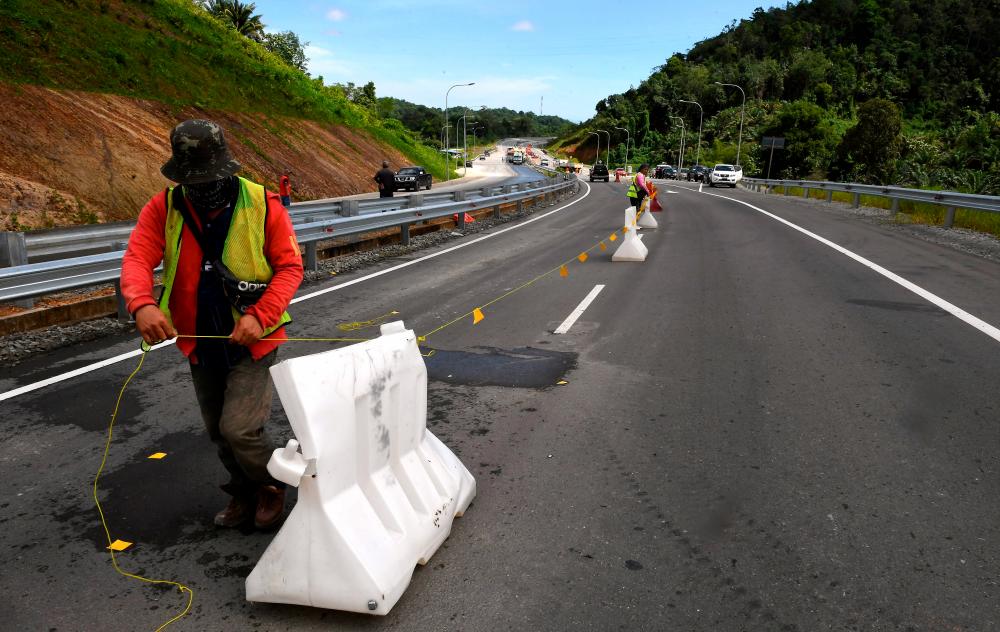 He said the Telok Melano to Sematan work package which was also under the same phase of the project was completed in January 2019.

“Just like other government projects, the Covid-19 pandemic has also impacted the construction work progress of the LPB project in Sarawak which is expected to be completed September 2022.

“As such, various mitigation plans including the realignment of the construction schedule and extension of time (EOT) have been implemented to ensure that construction goes on smoothly,” he said during the question and answer session at the Dewan Negara, here, today.

He was replying to a question from Senator Dr Nuing Jeluing on the status of the construction of the LPB project.

Arthur said the RM16.117 billion worth project which has 11 work packages and commenced in October 2015 involves the construction of a 786km stretch of road from Telok Melano to Miri.

He said the Works Ministry would continously monitor the progress of the project through regular visits and engagement sessions with the contractors and consultants involved.

“This is to measure the effectiveness of mitigation actions and make improvements to ensure completion of the project,” he said. — Bernama

1.Number of flood victims drop in Melaka, Unchanged in Selangor and Perak