PKR Senator hopes Sam Rainsy will not be detained 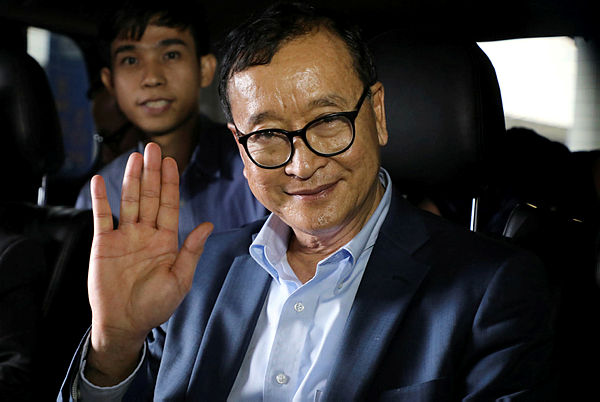 GEORGE TOWN: Malaysia is caught up in a difficult situation, said a PKR Senator here, after reports emerged that self–exiled Cambodian Opposition Leader Sam Rainsy had landed in the country.

Although it is a country which principally does not interfere in the affairs of other nations, Malaysia as a leader of democracy in the region, needs to uphold the virtue of human rights, said Senator Yusmadi Yusoff.

“We must understand that as the leader of the democratic voice in the region, Malaysia must lead by example in advocating that everyone’s rights be respected.”

Yusmadi, who is also the founder of the regionally active Rights Foundation, appealed for Malaysia to allow Rainsy, a former Cambodian Finance Minister to continue on his proposed journey to his home country.

Yusmadi said that under the Malaysian rule of law, Rainsy had not committed any offence as he was on transit while en route to Cambodia.

He also said that when PKR president Datuk Seri Anwar Ibrahim was jailed in 2000, the wife of Rainsy; Tioulong Saumura came to visit Anwar as a show of solidarity.

He said that by allowing Rainsy to continue on his journey, he does not see it as an interference in the matters of another country, but as a show of respecting human rights.