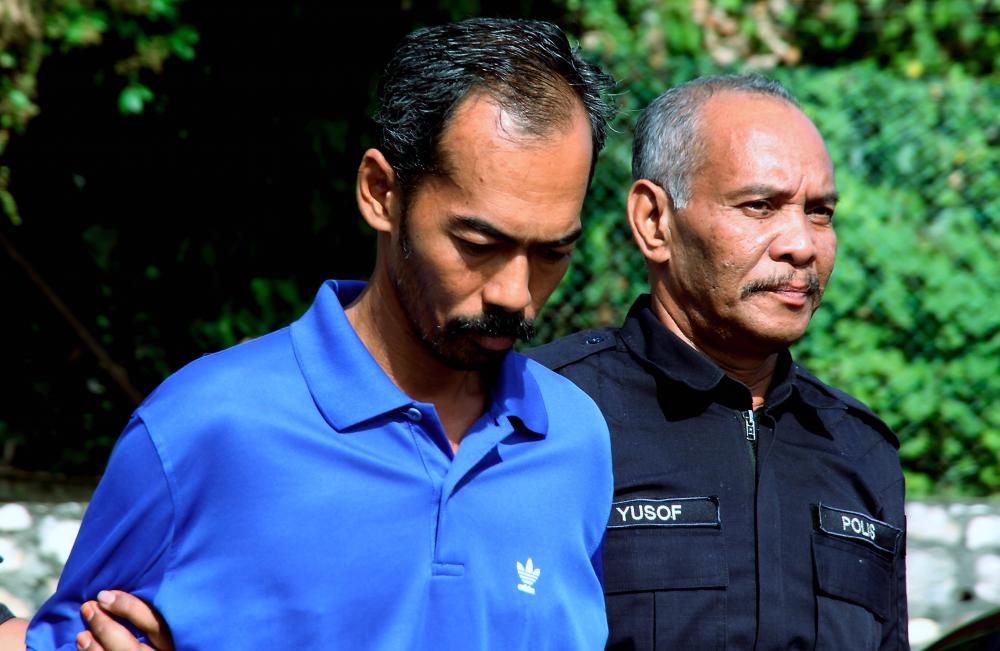 Plantation worker Abdul Rahman Abu Bakar, 43, was charged in the Parit magistrate’s court today for the charge of killing a disabled man in a quarry at Felcra Changkat Lada, Kampung Gajah, near here. - Bernama

PARIT: A plantation worker was charged in the magistrate’s court today with the murder of a disabled man during a brawl at Felcra Changkat Lada in Kampung Gajah, near here last month.

Abdul Rahman Abu Bakar, 43, nodded after the charge was read out to him before magistrate Nazratul Natrah Mohd Yusuf. No plea was recorded.

He is accused of having murdered Badrul Hisham Ngah Aziz, 42, a widower with a deformed left leg, in Jalan Kenanga 8, Felcra Changkat Lada between 2pm and 2.45pm on June 23.

The court fixed Aug 21 for mention pending a post-mortem report as well as the appointment of counsel.

Badrul Hisham reportedly died on June 23 after he was beaten with a piece of wood spiked with nails during a quarrel which started after he is believed to have gone out with the wife of his assailant. - Bernama