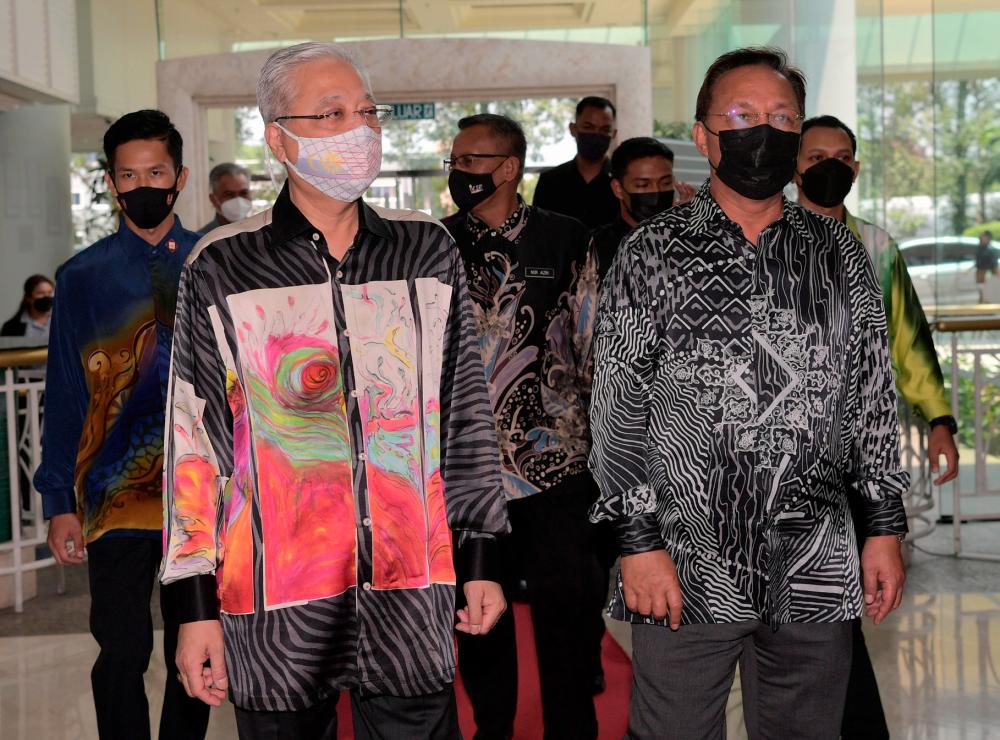 JOHOR BAHRU: Prime Minister Datuk Seri Ismail Sabri Yaakob (pix, left) today agreed with the request of Johor to be directly involved in the special committee to discuss the opening of the Malaysia-Singapore border.

In revealing the matter, Johor Menteri Besar Datuk Ir Hasni Mohammad (pix, right) said the stand was stated by the Prime Minister himself after listening to a state development briefing which lasted one and a half hours.

“We will together look at the efforts of the state government which could help to expedite the opening of the border between Johor and Singapore.

“The Prime Minister has agreed that Johor should be directly involved as we are not also only looking at the opening of the border. This is something we are doing (but ) also other ongoing issues,” he told reporters after a meeting of the Prime Minister with Johor Umno Liaison Committee here today.

Apart from the opening of the border, he said other issues which involved Johor and are ongoing included efforts to identify Johor residents who are still working in Singapore and had obtained vaccine and are also registered with MySejahtera as well as on commercial vehicle drivers entering the republic but returned after their RTK tests were positive.

Hasni said also presented in the briefing was on the standard operating procedure (SOP) proposed by Johor for the border opening.

Among the SOP presented included acceptance of the digital vaccination certificate (of both countries), forms of Covid-19 screening when entering and returning whether in 48 hours or 72 hours before the journey which needed to be agreed by the two countries.

“It is just that cases are still rising Singapore and that is why we need to obtain the agreement of Singapore to discuss the SOP we submitted,” he said.

Earlier, Ismail Sabri held a one-day working visit to the state and was granted an audience with the Sultan of Johor, Sultan Ibrahim Almarhum Sultan Iskandar at Istana Pasir Pelangi, here.

After that, he attended a briefing on the development of the state and later spent two hours meeting Umno leaders and the Johor Umno Liaison Committee.- Bernama