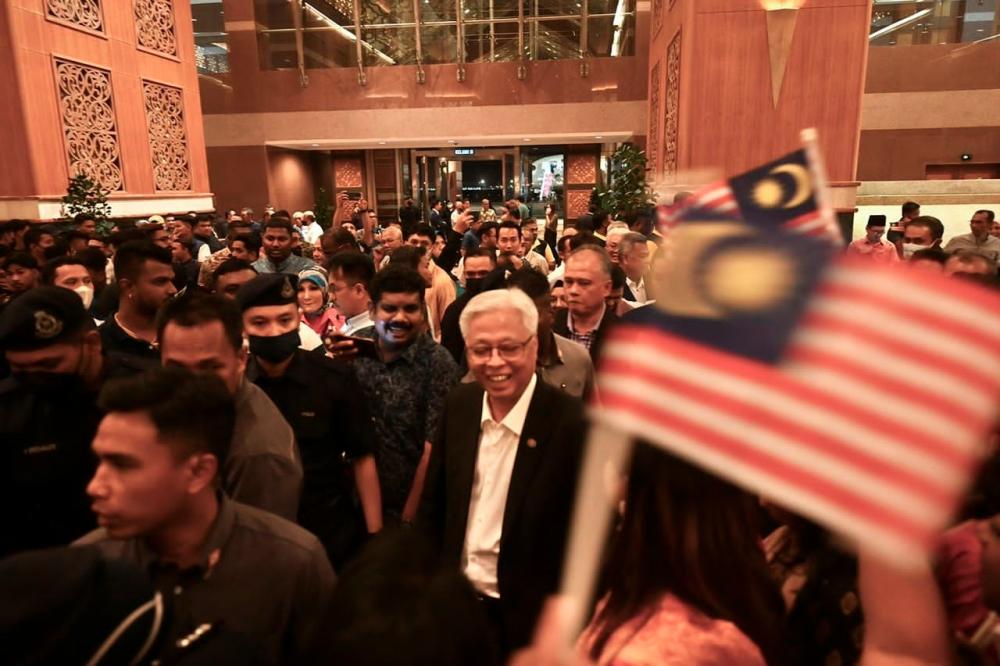 The plane carrying the Prime Minister and his delegation arrived at the Bunga Raya Complex, Kuala Lumpur International Airport (KLIA) at about 10.30pm on Thursday.

The Prime Minister spent four days each in New York and the UAE.

He was welcomed by hundreds present at KLIA, who lauded him for his historic speech in the national language at the United Nations General Assembly (UNGA) in New York.

Among those present were the staff of the Dewan Bahasa dan Pustaka along with representatives of the Malaysian National Writers Association (PENA) who held up several placards including one that read: “Ismail Sabri a National Hero who Dignified the National Language on the World Stage”.

At the UNGA which brought together more than 150 world leaders, Ismail Sabri delivered the national statement entirely in Bahasa Melayu - the first time a Malaysian leader had done so at the world’s largest diplomatic gathering.

He also touched on various international issues including the conflicts in Ukraine, Myanmar and Palestine, as well as food security and climate change. - Bernama