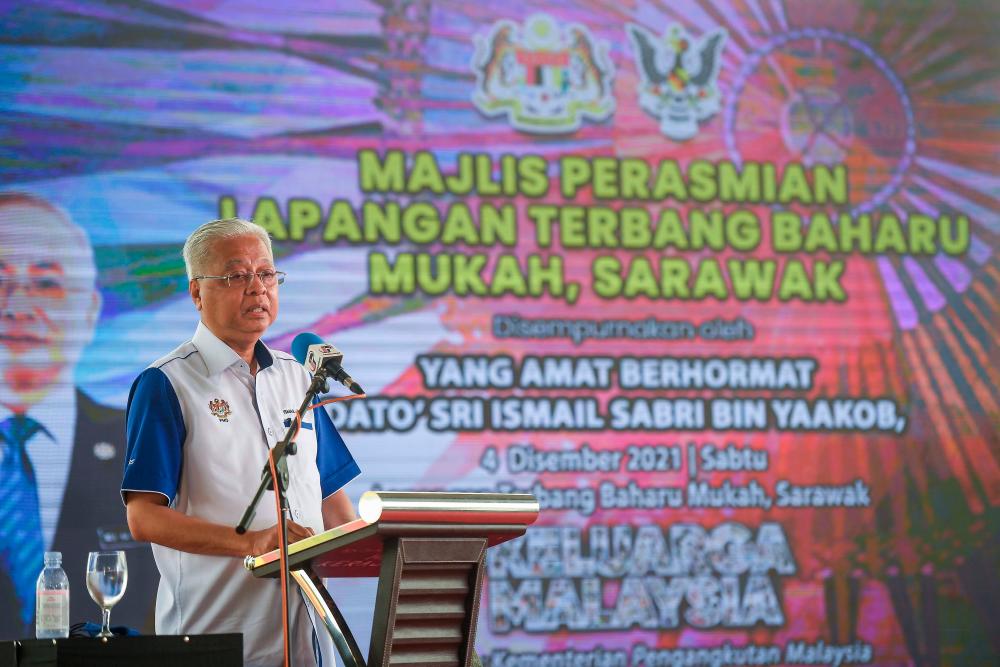 MUKAH: The government through the Malaysian Aviation Commission (MAVCOM) will undertake rationalisation of the rural air services (RAS) in Sabah and Sarawak which are operated by MASwings, said Prime Minister Datuk Seri Ismail Sabri Yaakob

He said this is part of the government’s efforts to ensure this facility could be enjoyed by rural residents at the best possible level.

He said the rationalisation would involve a review of RAS’ objectives, the financial implications, routes and flight frequency, fare rates, aircraft deployed and a mechanism for giving subsidy to users of RAS from time to time.

The RM450 million new airport was opened on June 17, 2021 to replace the small Mukah short takeoff and landing airport (STOLport).

The prime minister said MASwings had started providing the rural air services in Sabah and Sarawak in 2008 via the RAS Agreement which was signed on July 3, 2008.

A new agreement called the Public Service Obligation for Rural Air Services Agreement (PSO for RAS) was signed on Jan 4, 2019 between the Malaysian government and MASwings to continue operating the RAS until 2024.

“Based on the PSO for RAS, MASwings provides services for 40 routes in Sarawak and Sabah by using the ATR72 and Twin Otter Viking aircraft,” he added.

On the New Mukah Airport, Ismail Sabri said its construction would intensify economic opportunities which would have multifold and recurring impact on residents of Mukah and Keluarga Malaysia (Malaysian Family) in general.

It is also seen as capable of supporting activities in the Sarawak Corridor of Renewable Energy (SCORE) and creating a more effective and efficient economic network.

He said the new airport was equipped with a new terminal and a 1,500-metre-long runway that can accommodate the ATR aircraft which can ferry more passengers than the Twin Otter used previously.

With its improved status, the New Mukah Airport can handle more passengers and help to strengthen Mukah’s position as a contributor to Sarawak’s economic growth, he said.

“An airport is not only a place for aircraft to land and take off but also a gateway for transporting passengers and cargo to various destinations, a function closely linked to economic activities.

He was glad that the airport project could be completed at a time when the country was battling the COVID-19 pandemic, marking an engineering feat which strengthened Malaysia’s achievement in the transport sector.

“It is a significant achievement for Malaysia which reflects the success that can be achieved by a united Malaysia,“ he said. - Bernama