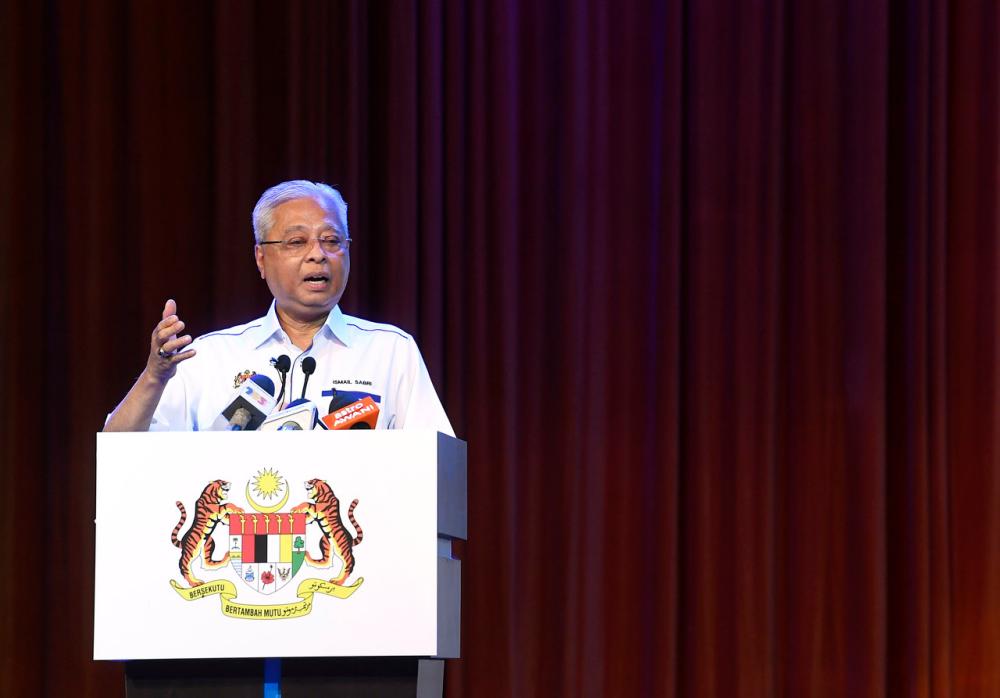 KUALA LUMPUR: The National Unity Action Plan 2021-2030 is an effort to restore the ideal of unity according to the five principles enshrined in Rukun Negara, said Datuk Seri Ismail Sabri Yaakob. (pix)

The prime minister said Rukun Negara is the basic document on the way of life for Malaysians which was launched on Aug 31, 1970 with the aim of building solid unity among the multi-racial society based on its guiding principles.

As such, the National Unity Ministry headed by Datuk Seri Halimah Mohamed Sadique would be steering the Keluarga Malaysia (Malaysian Family) towards a better understanding of unity in a wider and more inclusive scope by using Rukun Negara as its core, he said.

“This is not a plan merely written on a piece of paper because this action plan is the modus operandi which was mapped out based on five key strategies,” he said when launching the National Unity Action Plan 2021-2030 and KAMI@Pelan Perpaduan Keluarga Malaysia 2021-2025 here, today.

The five core strategies are first, preserving the democratic system based on constitutional monarchy; second, building a society which appreciates and displays unity; third, empowering a fair and equitable socio-economic model; fourth, ensuring openness and tolerance towards differences in religion and cultural tradition; and fifth, building a progressive society through science, technology and innovation.

The prime minister said the plan was drawn up in accordance with the capability of institutions at the federal, state and grassroots levels and can benefit the Malaysian Family, as it encompasses education, economic, welfare, socio-cultural, science, technology and innovation programmes.

Ismail Sabri urged everyone including government agencies, the private sector and non-governmental organisations (NGOs) as the lead and implementing agencies for the action plan to work together as one big family.

“The cooperation of all quarters can shape a more orderly, inclusive and cohesive way of living, always showing gratitude for what we gain every day to forge national unity and harmony which cuts across racial and religious lines.

“That is my hope when talking about national unity when launching the Keluarga Malaysia in Sarawak on Oct 23 this year,“ he said.

He said the plan would focus on four dimensions based on the word KAMI (WE), with K for Karib (Close), A for Aksesibiliti (Accessibility), M for Majmuk (Complex) and I for Inklusiviti (Inclusivity).

“This plan was drawn up based on a study involving people from various strata of society throughout the country with cultural and religious diversity so that it can counter any efforts to undermine unity in the country.

“This exposure is significant to help the different ethnic groups control their speech and action to avoid touching on religious and cultural sensitivities which have frequently sparked negative reactions,” he added.

Ismail Sabri said the ideals of prosperity under the Malaysian Family concept are the basis for political, economic and social stability in the country.

“It is hoped that the National Unity Action Plan 2021-2030 and KAMI@Pelan Perpaduan Keluarga Malaysia 2021-2025 can further strengthen the unity which has been forged among the Malaysian Family,” he said.