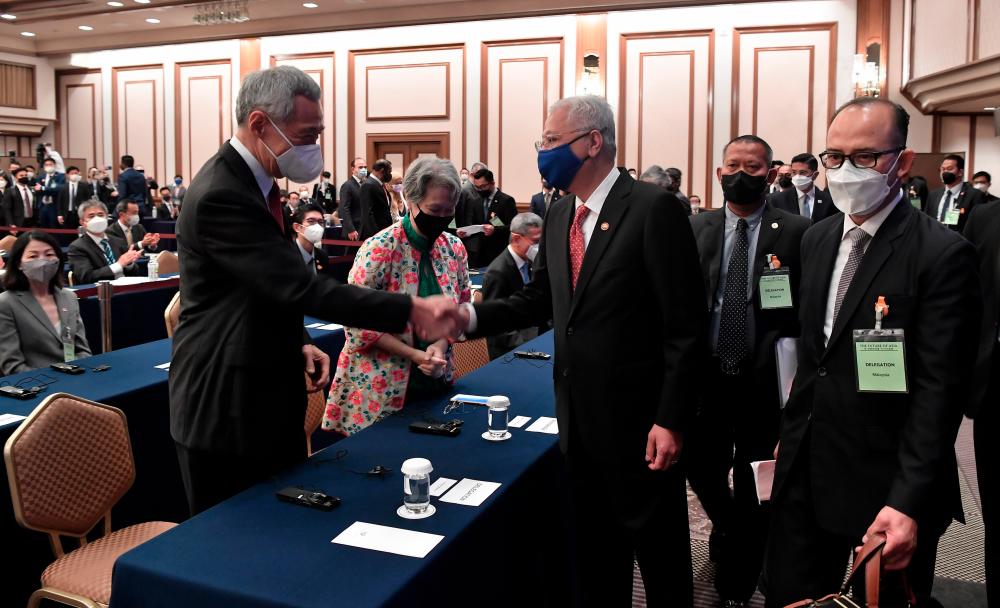 TOKYO: Malaysian Prime Minister Datuk Seri Ismail Sabri Yaakob, in his speech at the 27th International Conference on the Future of Asia on Thursday, stressed that now is not the time for the world to remain divided.

In his debut at the conference, also known as the Nikkei Conference, Ismail Sabri said the world was facing various threats including climate change, which required regional and international commitment and cooperation if it was ever to be addressed.

He also shared with the conference a Malay proverb “bulat air kerana pembentung, bulat manusia kerana muafakat” (as water is shaped by its container, so are people are shaped by consensus) which reflected the importance of creating a strong commitment to regional and international cooperation.

“A crisis can be a blessing in disguise which gives us the opportunity to learn from the experience and to find a comprehensive solution to move forward.

“Nevertheless, the solution should not benefit only one party, but all involved,” he said at the conference themed Redefining Asia’s Role in a Divided World.

Ismail Sabri said the economic crisis that occurred as a result of the Covid-19 pandemic, as well as the ongoing conflict in Ukraine, served as a reminder that the Asian region, like any other region, is never spared from the impact.

Elaborating, he said the issue of unfair or unequal distribution of vaccines, for example, posed a threat to global economic recovery.

According to the prime minister, the report published by the United Nations Development Programme (UNDP) stated that as of May 2022, 72 per cent of people in high-income countries had been given at least one dose of the Covid-19 vaccine, while in low-income countries, only 17 per cent.

He said the conflict in Ukraine had shown that other countries, despite not having anything to do with it, could also be affected, and trading nations like Malaysia would always be vulnerable to any developments that could disrupt and adversely affect global production and logistics capabilities.

As world superpowers and multinational companies are in turmoil due to the shortage of semiconductors and microchips which affected their industries, the issue of supply disruptions, particularly food, has a greater impact on ordinary people, especially with the rising inflation to record high.

Without many options, Ismail Sabri said, many countries around the world began to actively plan their strategies to ensure short-term food security.

“However, no one can succeed if we act alone in the long run. We must think strategically together to strengthen international trade ties and economic cooperation to face these challenges,” he said.

Ismail Sabri also said that the economic cooperation and integration to be developed should meet regional needs and terms.

“These initiatives need to be more inclusive and no longer be partisan in terms of geopolitical interests as the major powers have done over the past decade,” he said. — Bernama