PM says Waytha Moorthy should not be judged by past comments 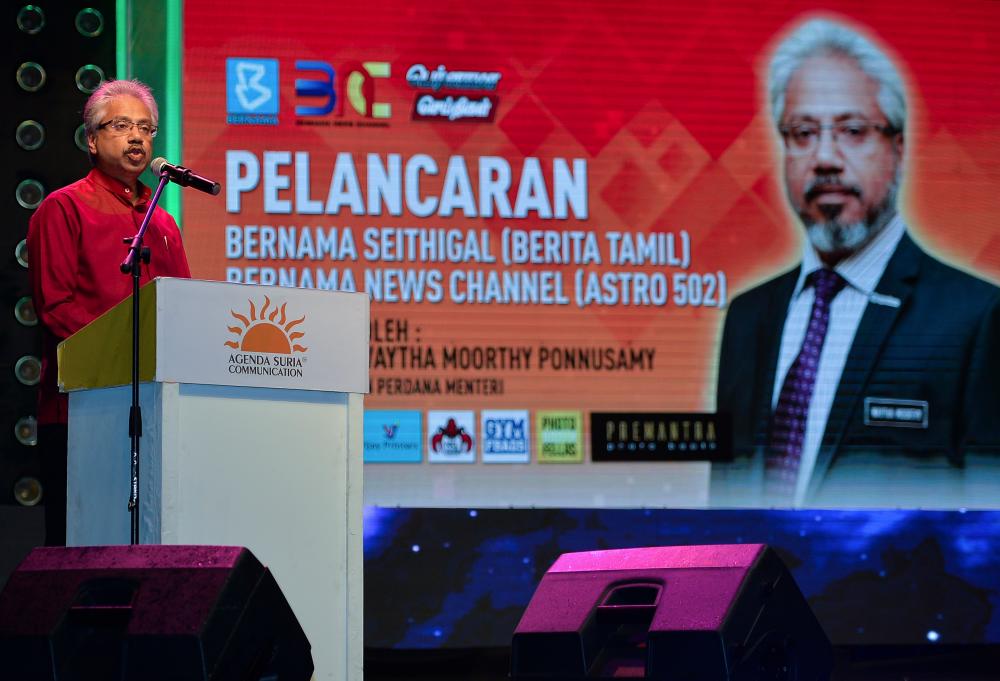 SERDANG: Prime Minister Tun Dr Mahathir Mohamad has backed Minister in the Prime Minister’s Department P. Waytha Moorthy saying that everyone has a past, even himself.

Mahathir said that Waytha should not be judged on his comments in the past.

“We all have a past, remember I was in Umno too before, but that doesn’t mean that I can’t be in Pakatan Harapan,” he said.

“At that time when he made his comments he was upset at the previous government. He wanted to show the outside world that there was no equality in the country,” he said.

He added that the comments of Waytha needs to be taken into context.

“That was that time. He does not hold to his comments he made then as he is in the government now,” he said.

“Like me, people called me a dictator but they elected a dictator to be their leader. Things change with time,” he said while speaking to reporters at the launch of the Malaysia Agriculture, Horticulture and Agrotourism Show (MAHA) 2018 at the Malaysia Agro Exposition Park Serdang (MAEPS).

He also commented on a change.org petition to sack Waytha as a minister which has garnered more than 150,000 signatures.

“People can make any petition they want. Petitions aren’t orders to resign. It’s up to Waytha if he wants to resign. You can make a petition for me to step down also,” he said.

Mahathir also asked that the people give Waytha a chance as he is still new at being a minister as criticism surfaced that Waytha had only hired people that were close to him.

“Give him a chance. He’s new. Most of the people he appoints will be people he knows, he cannot appoint people he doesn’t know. He can change it later on,” he said adding that in the long run he can diversify the people he hires.

Mahathir was commenting on a video clip that has recently been making its rounds, where Waytha, who is also Hindraf chairman, was making disparaging remarks about Malaysia on the supposed abuse of human rights pertaining to the Indian community.

Waytha has since defended his actions and said that his criticisms were aimed at the previous government.

Earlier, Deputy Inspector-General of Police, Tan Sri Noor Rashid Ibrahim said Police will call Waytha in to she some light on his comments. Nine directors removed from Caely’s board, four new ones appointed