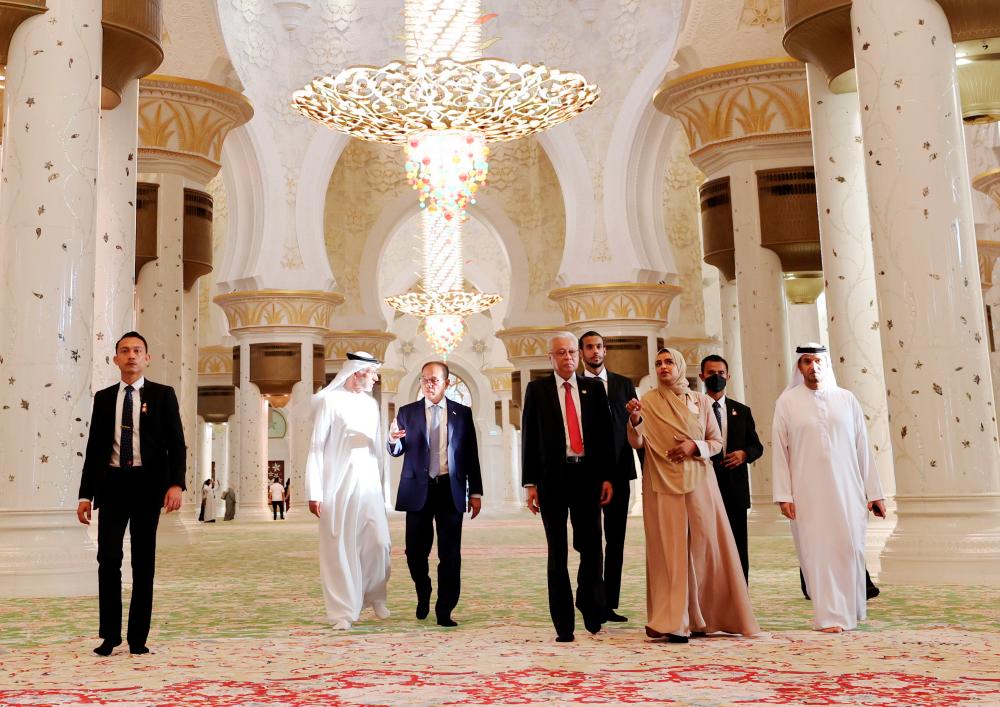 Upon arrival, the prime minister was received by Sheikh Zayed Grand Mosque director-general Dr Yousif Al Obeidli before being taken on a tour of the complex.

He prayed at the mosque, which holds the world record for the largest hand-woven carpet and also boasts one of the largest chandeliers in a mosque.

He also paid a visit to Wahat Al-Karama, a memorial to honour the United Arab Emirates’ fallen heroes.

The prime minister had arrived in the capital Monday for a four-day working visit to UAE.

He had an audience with UAE President Sheikh Mohamed bin Zayed Al Nahyan on Monday. - Bernama