PN not joining govt, wants to be ‘opposition of integrity’: Muhyiddin 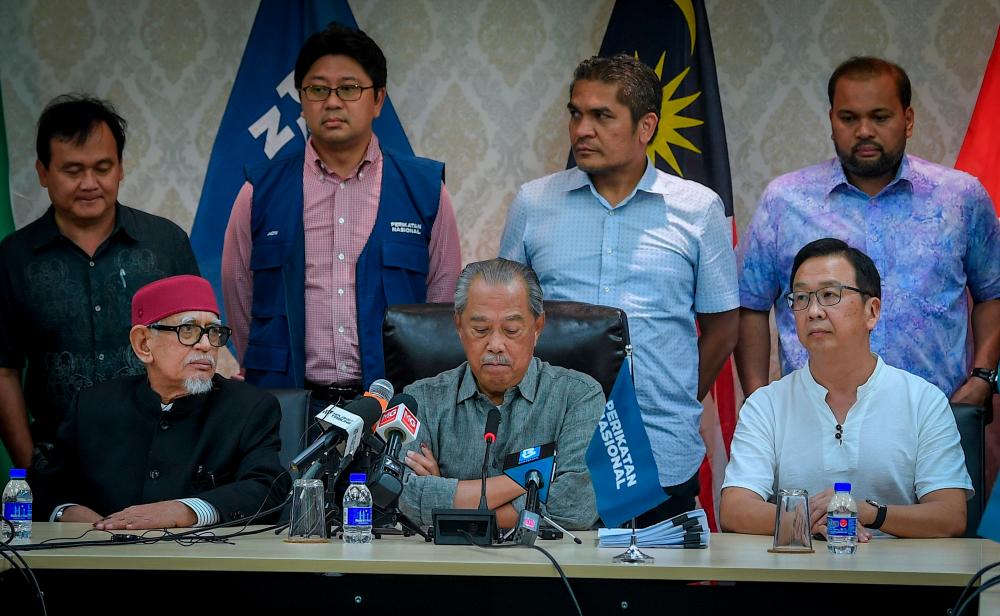 KUALA LUMPUR: Perikatan Nasional (PN) is sticking to its stand of not joining the Pakatan Harapan (PH)-led government despite an offer by Prime Minister Datuk Seri Anwar Ibrahim for PN to be part of his administration, said PN chairman Tan Sri Muhyiddin Yassin.

In a statement today, Muhyiddin said PN thanked Anwar for the offer but rejected it because the coalition wanted to strengthen democracy and play an effective check-and-balance role in Parliament.

“PN will play the role of an opposition with integrity to carry the people’s voice to Parliament and ensure that the administration is run with integrity and free from corruption, in line with the principle of Caring, Clean and Stable.

“For the sake of political stability and the people’s well-being, PN is willing to explore other forms of cooperation with the government within the scope of relations between the government and the opposition,” he said.

At his maiden press conference last night after being sworn in as the new Prime Minister, Anwar stressed that the unity government formed by PH, Barisan Nasional (BN) and Gabungan Parti Sarawak (GPS) would ensure the country’s political and economic stability and uphold the spirit of the Federal Constitution.

Meawhile, at a press conference after clocking in for his first day of work at the Prime Minister’s Office in Putrajaya today, Anwar said his government had achieved a two-thirds majority support, with the latest addition being Gabungan Rakyat Sabah (GRS).

He said Sabah Chief Minister Datuk Seri Hajiji Noor, who is also GRS chairman, had informed him of the Sabah coalition’s support for the federal government. - Bernama