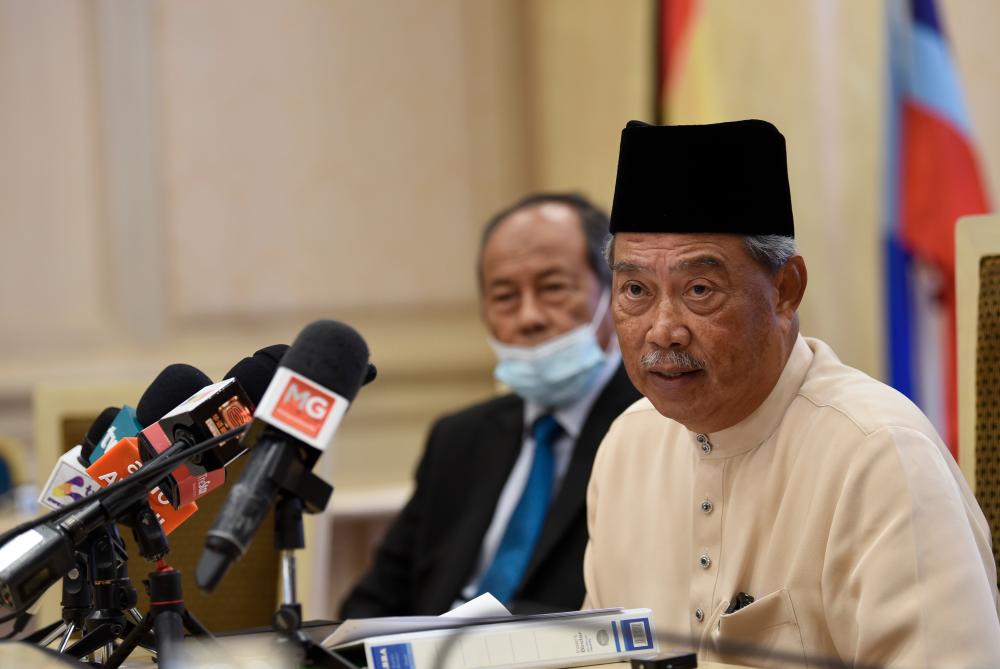 PUTRAJAYA: The Perikatan Nasional (PN) will not prevent any of its component parties from working with other parties, said PN chairman Tan Sri Muhyiddin Yassin (pix).

The Bersatu president said the party also had no objection if PAS, which is part of PN, wanted to continue to strengthen its ties with UMNO through Muafakat Nasional (MN).

“Basically, we will not stop any PN component party from taking any step because we adhere to the principle of ‘penyatuan ummah’ (unity among the ummah),“ he told reporters after chairing the National Recovery Council meeting here today.

Yesterday, PAS vice-president Datuk Seri Dr Ahmad Samsuri Mokhtar said unity among the ummah, and not political survival, was the reason why PAS continued to defend its ties with UMNO via MN.

Muhyiddin said that in his recent meeting with PAS president Tan Sri Abdul Hadi Awang and secretary-general Datuk Seri Takiyuddin Hassan, the party stated that it would remain steadfast in PN.

“At the end of the day, we will sit together to discuss what is best for PN and for the nation. That I think we need to pay attention to,” he said. - Bernama