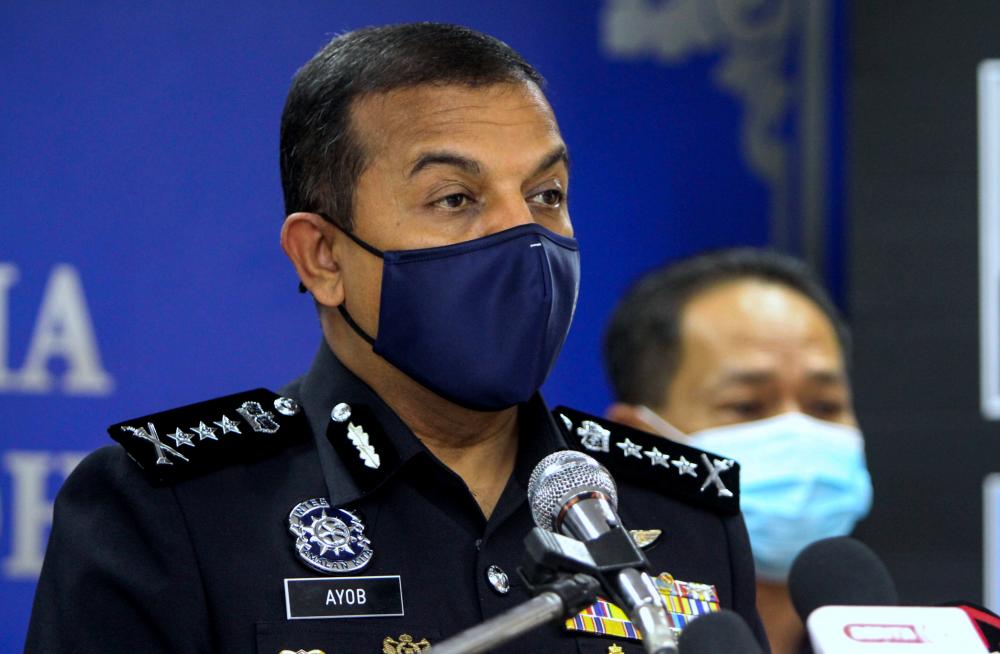 JOHOR BAHRU: Johor police detained 20 drug traffickers in a special operation in the state from July 16 to 22.

“All these individuals were involved in trafficking drugs worth between RM20,000 and RM150,000,“ he told a press conference here today.

He said all the men are now under police detention for 60 days starting July 16.

Ayob Khan said last year alone under the act, a total of 1,412 individuals comprising addicts and drug traffickers were arrested in the state while 670 people were detained from January until July 22, this year.

Meanwhile, Ayob Khan said Johor police have busted a drug trafficking syndicate and seized drugs worth RM2 million with the arrest of four men and a woman, aged between 26 and 61, in six raids in the city on July 18.

He said the syndicate was found to have been operating for the past year.

All suspects were remanded for a week starting today and the case was being investigated under Section 39B of the Dangerous Drugs Act 1952. — Bernama

3.Foster focuses on Springboks after All Blacks claim top spot