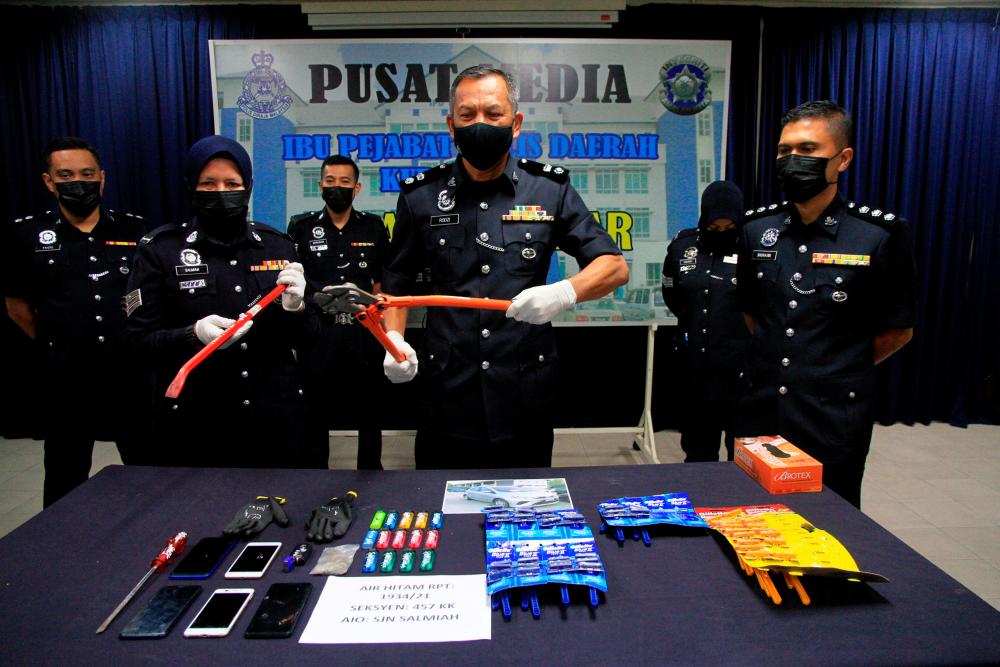 JITRA: Police have busted the ‘Man Muncung’ gang following the arrests of four men, including a student, in Jitra and Alor Setar on Thursday.

“Police arrested them less than 24 hours after they allegedly broke into a grocery store in Pekan Ayer Hitam near here at about 2am before fleeing with RM4,250 in cash and other items. The store owner discovered the robbery at 8am and lodged a report,” he said at a press conference here, today.

Rodzi added that police believed 10 cases of shop break-ins in the district had been successfully resolved as a result of the arrests.

He said three suspects, who were unemployed, also had prior criminal records related to drugs, burglary and vehicle theft. The main suspect, 33, had previously been remanded over a burglary of a courier company office in Alor Setar last June with losses of hundreds of thousands of ringgit.

The police seized five phones, an unspecified amount of cash, a Perodua Myvi and other items during the arrests, he said, adding that the suspects have been remanded for five days from yesterday to facilitate investigations under Section 457 of the Penal Code for burglary.