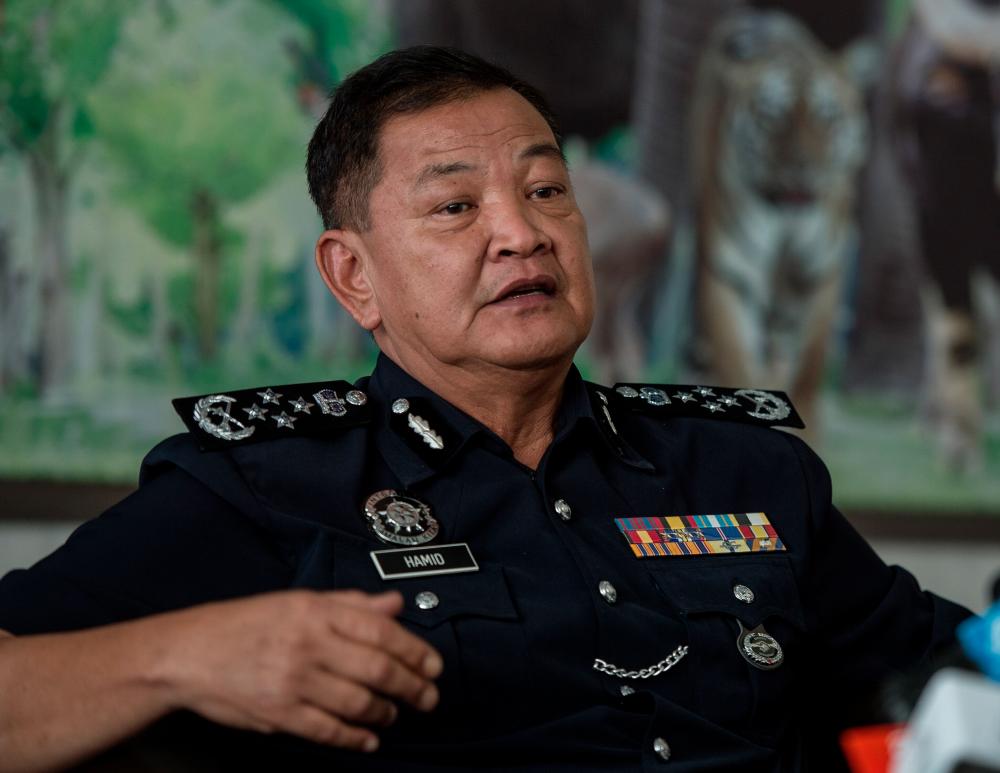 KUALA LUMPUR: The police believe the attack against the General Operations Force (GOF) guard post in Perlis, on Monday, was due to revenge, as cross-border criminals now found it difficult to smuggle goods out of the country.

Inspector-General of Police Tan Sri Abdul Hamid Bador said, however, the GOF personnel at the border were unfazed by such acts of intimidation.

“We will not tolerate them (smugglers) and I believe they will use firearms after this, because it is difficult to smuggle.

“They did not shoot at people but shot the GOF guard post as a warning, as they were not allowed to smuggle,“ he said during a press conference in Bukit Aman here.

Abdul Hamid said to improve enforcement at the border, the GOF should be supplied with a new Armoured Personnel Carrier (APC) to replace the current one which was 42 years old.

“I have informed the Home Ministry for the police to be supplied with a new APC so that they can safely patrol the country’s border,“ he said.

Abdul Hamid said the GOF and members of the Special Branch had already consulted with Thai authorities to conduct an investigation and identify the suspects.

“Thai authorities have also assured that they would tighten security at the border areas,“ he said.

On Monday, the GOF guard post in Padang Besar was attacked with firecrackers at about 11.20am and 12.40pm, causing one of the windows to break. — Bernama