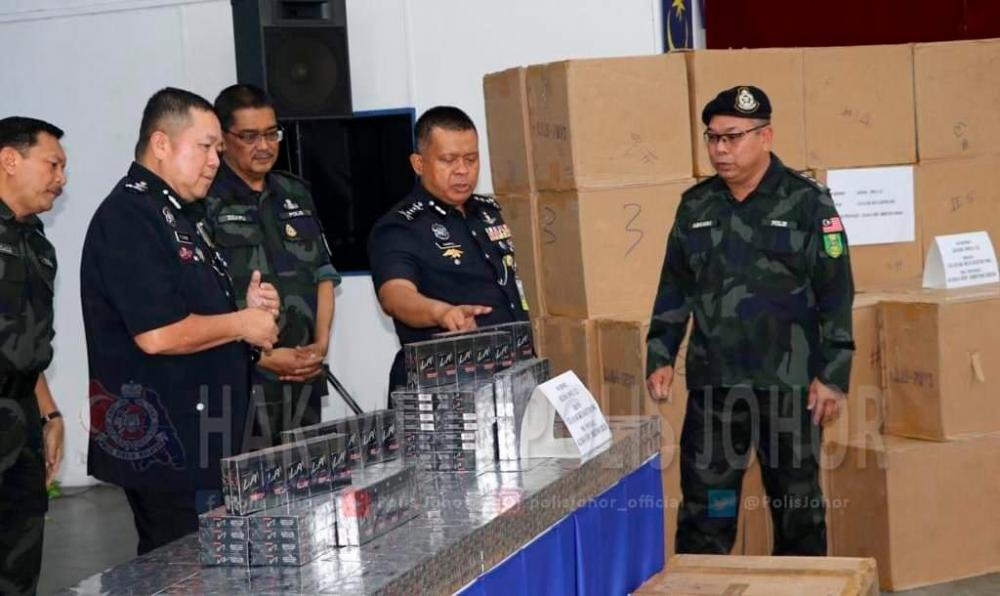 KLUANG: Police have busted an illegal cigarette distribution syndicate with the arrest of a local man and seizure of 4,000 cartons of untaxed cigarettes estimated to be worth RM400,000 on July 25.

Johor police chief Datuk Kamarul Zaman Mamat said the man was detained at an oil palm plantation near Paloh at 12 pm by a team from the 5th Battalion of the Simpang Renggam General Operations Force following three days of surveillance.

He said the team found 4,000 cartons of L.A Bold brand cigarettes with a tax value of RM568,000 hidden in three vehicles, namely a Proton Exora, a Toyota Vellfire and a Toyota Alphard.

“The seized vehicles are estimated to be valued at RM240,000,” he told a press conference at the Kluang district police headquarters here today.