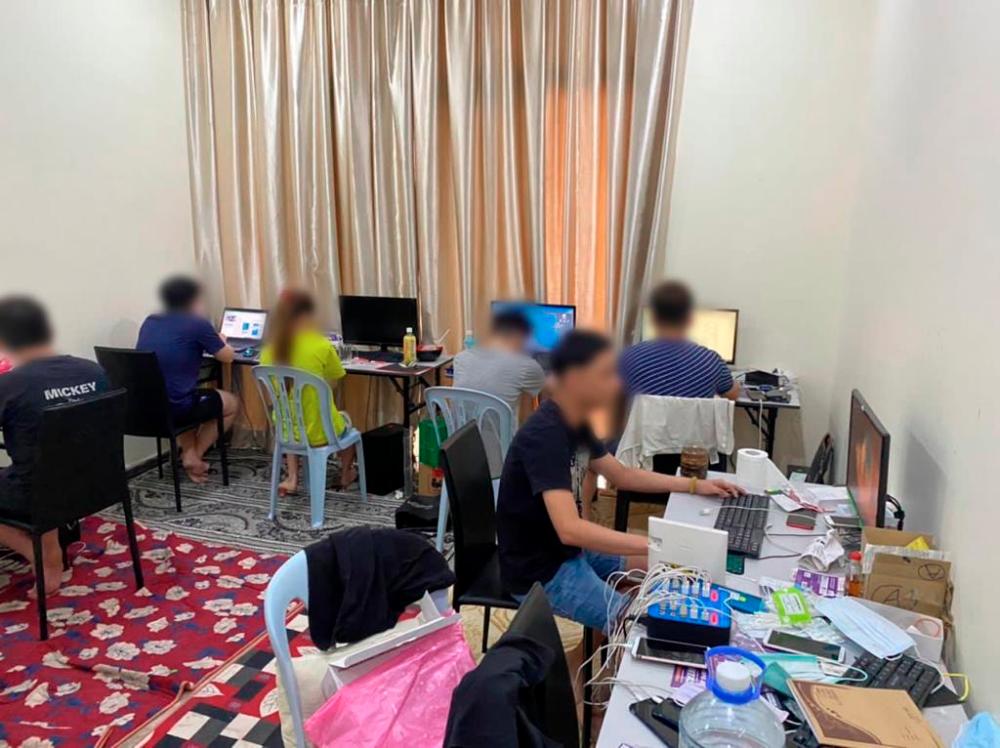 KUALA LUMPUR: Police have busted a syndicate offering online jobs as sales agents following the arrest of five men and a woman at a condominium in Jalan Ceylon here yesterday.

Dang Wangi district police chief ACP Noor Dellhan Yahaya said the raid at the condominium unit, which was used as a call centre for the syndicate that had been operating for the past month, was carried out at 5.25 pm.

“The investigation found that the syndicate was offering jobs to the public on social media platforms to sell goods online.

“The victim will receive the goods on the first purchase, but when buying in bulk, the syndicate disappears after receiving the money,” he said in a statement yesterday.

All the individuals, aged 19 to 26, have been remanded until Friday, and the case is being investigated under Section 420 of the Penal Code for cheating.