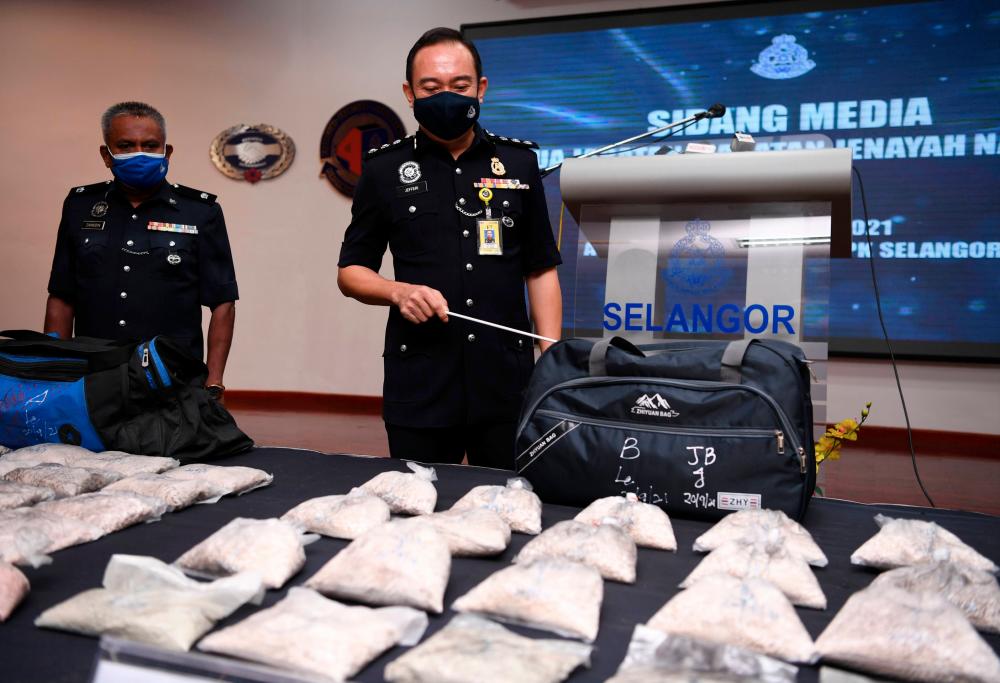 SHAH ALAM: Police have smashed a drug trafficking syndicate after seizing heroin worth RM910,000 and arresting nine suspects in a series of raids in the Klang Valley.

Selangor Narcotics CID chief ACP Ahmad Jefferi Abdullah said police got their break when a team from Bukit Aman arrested a man at a double-storey terrace house in Puncak Alam, near here, at 1.30pm on Sept 20.

He said the team seized 57 packets of drugs believed to be heroin weighing 30.35 kilogrammes in a room at the house.

“In follow-up operations, police arrested seven men and a woman at several locations in Subang Jaya, Petaling Jaya, Gombak, Brickfields and Cheras on the same day,” he told a media conference at the Selangor contingent police headquarters here today.

The suspects are aged between 30 and 50.

Ahmad Jefferi said the syndicate was believed to have been distributing drugs in the Klang Valley for more than three months.

He said police also confiscated cash of RM32,070, nine cars and two motorcycles, all worth about RM286,409.

He said six of the suspects had criminal records and one tested positive for drugs.

All the suspects had been remanded for 14 days until Oct 4 for investigation under Section 39 (B) of the Dangerous Drugs Act 1952, which provides for a death sentence or life imprisonment and at least 15 strokes of whipping on conviction, he added. — Bernama