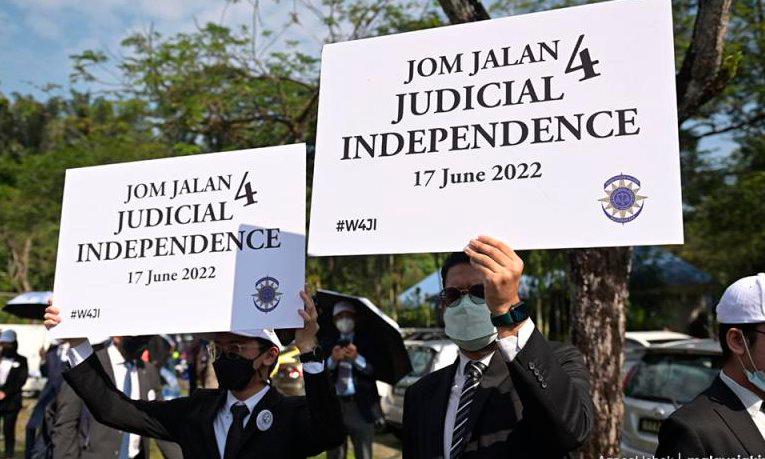 PETALING JAYA: The Malaysian Bar’s negotiations with the police for lawyers to march from Padang Merbok to the Parliament building for its “Walk for judicial independence” reportedly failed, FMT reports.

According to the report, the police allowed only 20 lawyers to march to the Parliament building to hand over a memorandum, but the Bar did not agree with this.

The lawyers tried to go ahead with the march but failed to break through the police human barricade formed at both ends of the Padang Merbok car park.

About 500 lawyers had gathered for the march, but they were held back by the strong police presence.

Among those present were former attorney-general Tan Sri Tommy Thomas and politicians from parties like DAP, PKR and Muda. Fraud syndicates using mule accounts in Malacca on the rise Fraud syndicates using mule accounts in Malacca on the rise

4.Fraud syndicates using mule accounts in Malacca on the rise