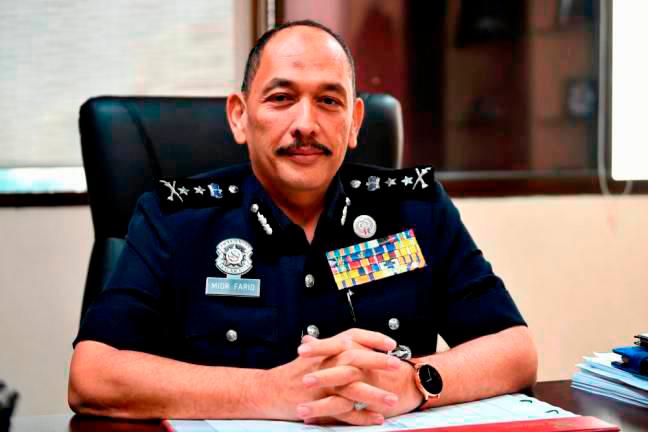 IPOH: Police have identified the owner of a social media account who is believed to have viral pictures in connection with a fight involving four individuals which resulted in the death of one of them at Jalan Ashby here last Thursday.

Perak police chief Datuk Mior Faridalathrash Wahid (pix) said the police would call the individual who had uploaded the pictures.

He said investigations were in progress and the police have arrested the three suspects.

The public should not make any speculation on the incident, he told a press conference at the launch of the Perak Police Contingent’s Special Crime Prevention Operation which ended at about 3am today.

He said the three suspects, aged between 34 and 60 and are related, were in remand for seven days since last Friday to facilitate investigation.

The outcome of the investigation will be referred to the Deputy Public Prosecutor for further action, he added.