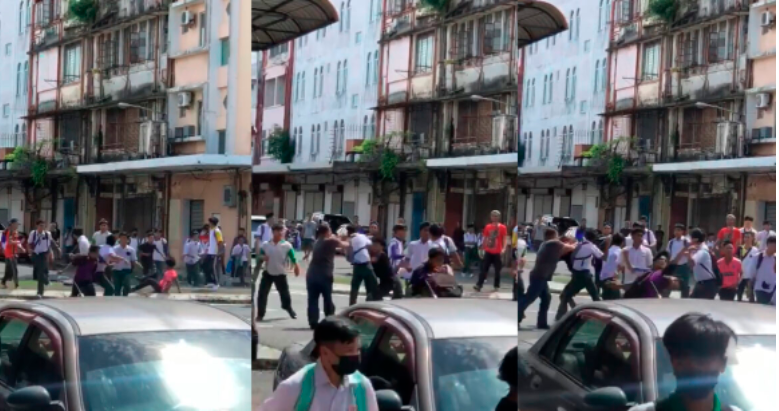 SANDAKAN: Police are identifying those involved in a fight involving a group of school students here, believed to have happened this afternoon, which went viral on Facebook today.

“The cause of the fight and those involved are being identified by the police. The police have opened an investigation under Section 47 of the Penal Code,“ he said in a statement here tonight.

Abdul Fuad said members of the public with information on the incident could come to the nearest police station or contact the investigating officer, Insp Micheal Goh, at 016-8741216 or 089-203223.

In the 21-second video, at least 10 male students in high school uniforms were seen fighting all the way to the street and several adult men were also seen trying to settle the fight. - Bernama