Police personnel on GE15 duty must be well versed on election offences: IGP 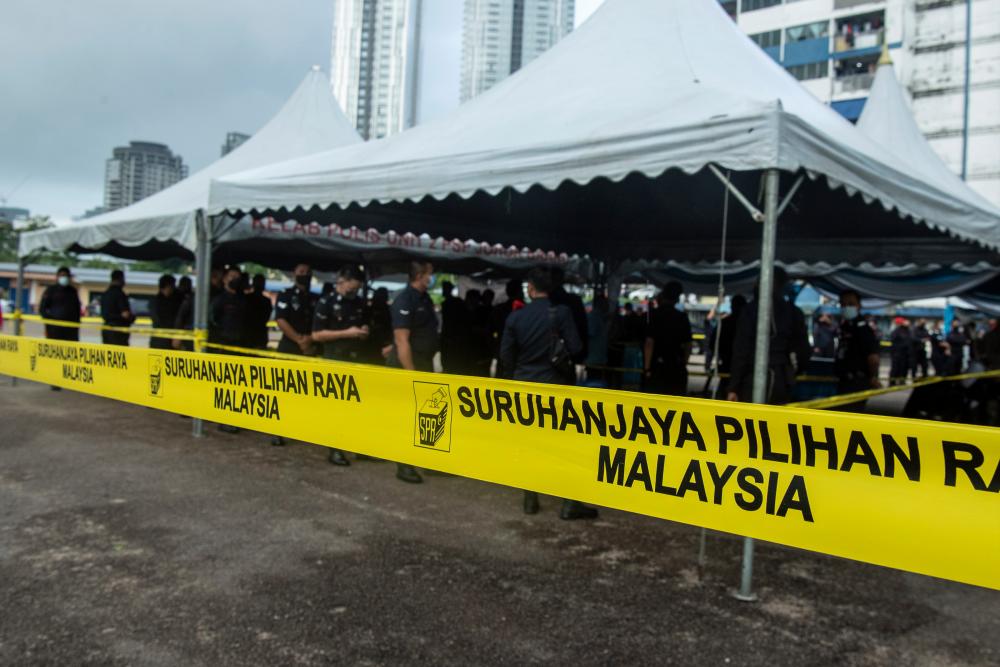 KUALA LUMPUR: Royal Malaysia Police (PDRM) personnel who will be on duty in the upcoming 15th General Election (GE15) need to prepare themselves with comprehensive knowledge of their respective jurisdictions to avoid implications on the credibility of the force and the government, said Inspector-General of Police Tan Sri Acryl Sani Abdullah Sani .

Therefore, he said said all commanding officers and rank and file personnel need to read and understand the Election Offences Act 1954 and other related acts.

“With the GE15 approaching, I issued instructions on September 14 regarding efforts to strengthen the practice of politeness in language in the delivery of PDRM services that need to be paid attention to.

“Police personnel need to be wise in controlling their emotions and speech, in addition to maintaining professionalism at the highest level throughout their duties, especially when faced with provocative situations,“ he said when delivering his message at the Inspector-General of Police’s Monthly Assembly for September at Bukit Aman here today.

He said the police also need to transparently deal with issues related to any political party so that PDRM continues to be seen as a professional policing institution.

“I have also appointed Department of Internal Security and Public Order (KDNKA) director Datuk Hazani Ghazali as Director of Police Operations for GE15 and hopefully all elements under the KDNKA as the operating department with the largest assets and staffing can carry out their duties well,“ he said.

He hoped that PDRM will optimally use its machinery with strategic planning to ensure that the GE15 situation will be peaceful and at the same time be able to carry out the essential task of maintaining national security well.

On natural disasters such as floods, Acryl Sani said he had instructed all police headquarters both at the contingent and district levels to be prepared in terms of personnel and assets for mobilisation whenever needed.

“PDRM needs to take heed of the great floods that hit the country in December last year which tested the preparedness of the security forces in the face of crisis. Learn and improve so that the PDRM’s response in dealing with disasters in the future is more effective and can render assistance as soon as possible, “ he said. - Bernama