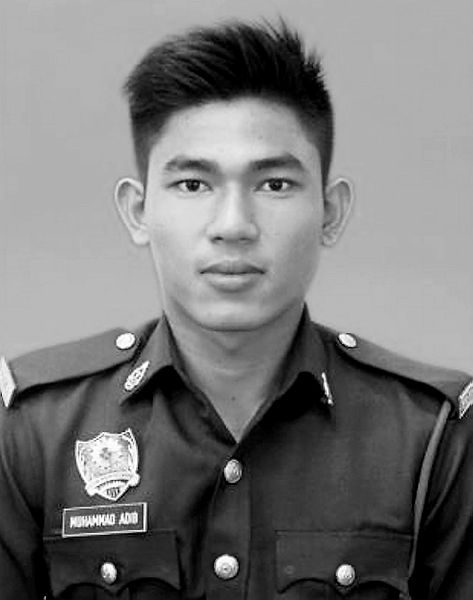 SHAH ALAM: Police will seek the views of the Malaysian Medical Council (MMC) on the conflicting reports by two medical experts on the post-mortem on fireman Muhammad Adib Mohd Kassim (pix).

“Apart from that, Bukit Aman’s Forensic Lab Crime Scene Investigation Unit (CSI) will also do a ‘3D Scanner’, a process of re-enacting the scene of the incident,” he told a press conference at the Selangor police headquarters here today.

He said several individuals including Kuala Lumpur Hospital forensic medical expert Dr Ahmad Hafizam Azmi would be recalled for the recording of their statements.

Meanwhile, on another case, Huzir said police would call up two history experts for reference on the recent gathering related to the Communist Party of Malaya (CPM) and the ashes of Chin Peng.

He said the help of these experts, whose identities will be kept confidential, was needed because they were well versed with the history of the communists and their atrocities.

Huzir said so far the statements of 14 individuals had been recorded on the CPM gathering in Kajang, Selangor.

Another 10 individuals, including a reporter and editor of a news portal, had been called up for their statements to be recorded on the case of Chin Peng’s ashes, he added. — Bernama Alcaraz eases into seventh semi-final of 2022 Floods kill at least 53 in Iran, rescuers hunt for the missing Alcaraz eases into seventh semi-final of 2022

Floods kill at least 53 in Iran, rescuers hunt for the missing

1.Alcaraz eases into seventh semi-final of 2022

2.Floods kill at least 53 in Iran, rescuers hunt for the missing