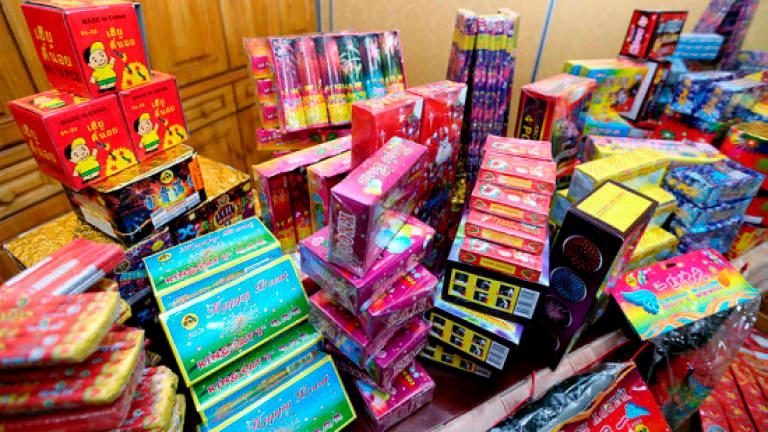 JOHOR BAHRU: The police have seized numerous firecrackers and explosives worth about RM350,000 during a raid at an outlet selling cellphones in Taman Mutiara Mas, Skudai here yesterday.

Johor police chief Datuk Kamarul Zaman Mamat said a Region Two Marine Police team detained a local 48-year-old man who was also believed to be the caretaker of the premises during a raid at 3 pm.

“The police found 250 boxes containing 16 types of firecrackers. The words on the boxes, ‘Happy Boom’ refer to a type of firecrackers which are allowed to be sold in the market.

“But the brand have been misused by syndicates as a cover to dupe the police by selling more dangerous firecrackers,” he told a press conference at the Marine Police headquarters here today.

He said the firecrackers and explosives were suspected to be for the Chinese New Year celebration and the police were still investigating the source of the supply.

Kamarul Zaman said the man was remanded for three days starting today to help in the investigation.

Commenting on Thaipusam celebration, he said only seven temples had been allowed to hold procession sessions tomorrow with only 50 people allowed to participate in each session.

“A total 26 temples in the state are allowed to conduct Thaipusam festival activities. We have directed the police chief in every district to ensure visitors comply with the COVID-19 standard operating procedure set,” he added. - Bernama