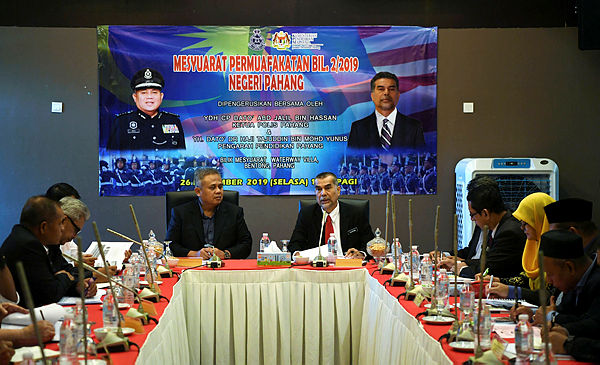 BENTONG: Pahang police will run background checks on security companies and guards stationed at all 740 schools in the state before the next school session begins next year.

Pahang police chief Datuk Abd Jalil Hassan said all 11 district police chiefs in the state will call representatives of the companies which have been awarded the contract to supply security guards and other individuals to ensure that problematic persons are not appointed.

“We have to look at their backgrounds because they are in the schools for a long period and in close proximity to the children. We will advise the schools if the guards or companies are suitable to continue the service.

“We are also prepared to run checks on other individuals working in the schools such as gardeners and others, if there is such a request, in order to ensure a safe environment in the schools,” he told reporters after chairing a meeting between the Royal Malaysia Police and the Pahang Education Department, here today.

Abd Jalil also said the problems of bullying and modified bicycles are among the focus areas in the crime prevention programme which will be implemented in all schools in the state.

“At present, the crime rate in schools in the state is still under control and can be handled at the school level, either by the headmaster or discipline teacher,” he added. - Bernama