Police to use Amla to combat migrant smuggling activities 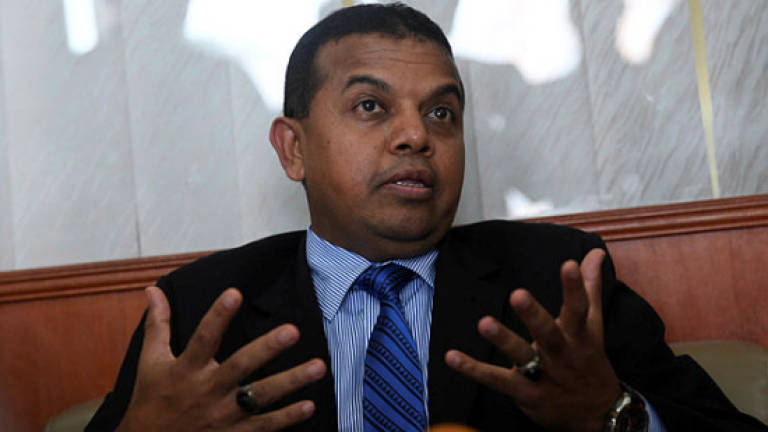 KOTA TINGGI: Police will act more aggressively in combating smuggling of migrants into the country by diversifying the scope of the investigation that will include their assets which are believed to have been obtained from such activities.

Johor police chief Datuk Ayob Khan Mydin Pitchay (pix) said that the investigation would also include the use of Section 4 of the Anti-Money Laundering, Anti-Terrrorism Financing and Proceeds of Unlawful Activities Act (AMLA) 2001, that would cover accounts of the suspects’ family members.

“I also warn the local people against getting involved in any migrant smuggling activities because the punishment is harsh, imprisonment of not more than 20 years and we are also considering actions under the AMLA.

“All accounts (and assets) of individuals suspected to be involved in smuggling of migrants as well as those belonging to their family members will be frozen. The consequences is not just on the suspects but also their family members. So don’t get involved!” he said this to reporters at the Kota Tinggi district police headquarters, here, today.

Earlier, 51 individuals were charged in the Kota Tinggi Sessions Court with being part of an organised crime group dubbed ‘ Geng Otong’, which has been actively involved in smuggling of migrants since 2014.

Ayob Khan described the case as the biggest in history and the first of such case in Malaysia where those arrested have been involved in migrant smuggling, and investigated for organised crime.

“They are members of organised crime groups that include syndicate’s masterminds, agents and transporter, who are in the same network”, he said, adding that all of them were detained under the Security Offences (Special Prevention Measures) Act 2012 (Sosma).

He said that the success was the result of cooperation with the Johor Criminal Investigation Department (CID) led by its chief SAC Md Yusuf Ahmad, together with his deputy (Intelligence and Operations) ACP Hoo Chuan Huat, and assisted by several teams from Bukit Aman.

He said for the remaining 19 suspects, involving officers and law enforcement personnel, they will be charged in connection with the migrant smuggling cases.

“We have completed the investigation papers to be submitted to the Attorney-General’s Chambers. ‘Insya Allah’ (God willing), next week we will obtain the decision to charge them.

“Meanwhile, the remaining members of the ‘Geng Otong’ are believed to be in Indonesia and we are monitoring their movements”, he said, adding that operations against migrant smuggling activities to continue. — Bernama