Police told to drop fines for not updating MySejahtera status 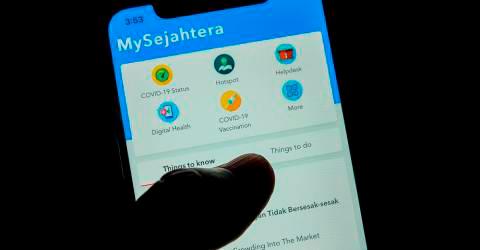 PETALING JAYA: The police have been told to cancel the fines issued to 31 workers for allegedly not updating their health status on the MySejahtera app.

“It has been proposed that the Manjung police (in Perak) take appropriate action by asking the district health department to cancel the fines,“National Security Council (NSC) secretary-general Datuk Mohd Rabin Basir was quoted as saying by Sin Chew Daily.

Only those who travelled abroad or came in close contact with a Covid-19 patient have to update their health status, he said.

It was reported that 31 workers were fined between RM1,500 and RM2,000 each for failing to update their health status on the mobile app.