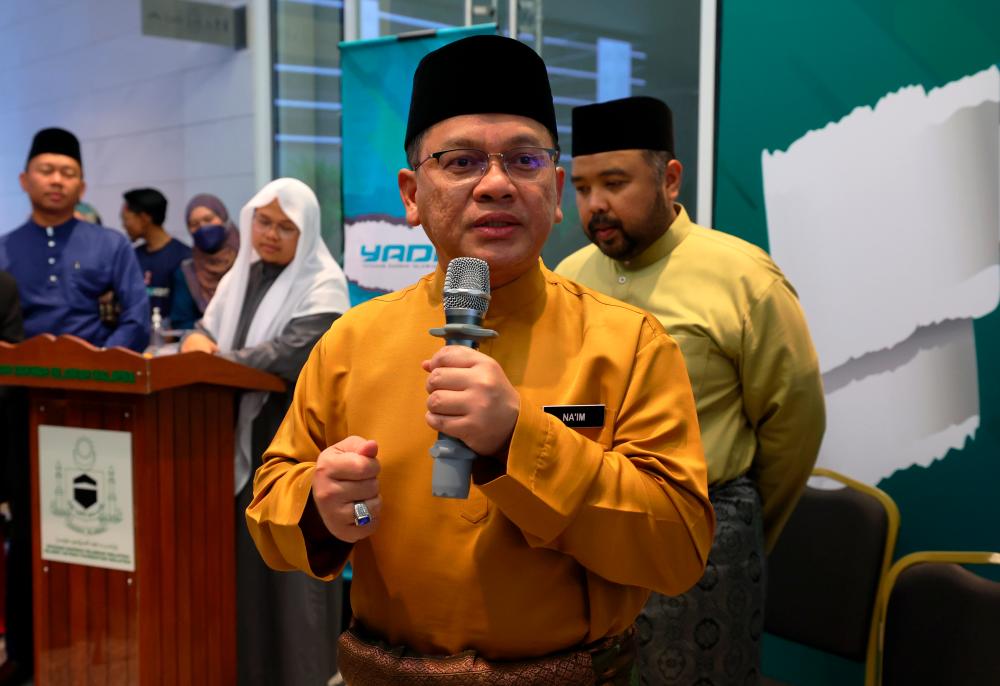 PUTRAJAYA: Policies related to Islam introduced by the previous administration that are beneficial to Muslims in the country will be retained and continued, Minister in Prime Minister’s Department (Religious Affairs) Datuk Dr Mohd Na’im Mokhtar (pix).

It included continuing the agenda to amend the Syariah Courts (Criminal Jurisdiction) Act, better known as RUU 355 that was previously drafted.

“In the context of (Bill 355), I see it as part of the effort to uphold (Islam), which means that overall it is an effort towards empowering the Syariah Court.

“Let me stress that we will defend and continue any previous policy that is beneficial to Islam and the people, because the aim is to produce the best people befitting Islam and the people as a whole,“ said Mohd Na’im after attending an event with civil servants today.

Asked if RUU 355 will be tabled in the coming Parliament session, he said the matter would be discussed at the Cabinet meeting first.

It was reported that former Religious Affairs Minister Datuk Idris Ahmad was quoted as saying that the proposed bill had been submitted to the Attorney General’s Chambers, but was not tabled after the dissolution of Parliament on Oct 10.

In other developments, on whether there would be changes to top leadership positions at agencies under his ministry, like the Malaysian Islamic Economic Development Foundation (YADIM), Mohd Na’im said the matter was still being considered. - Bernama