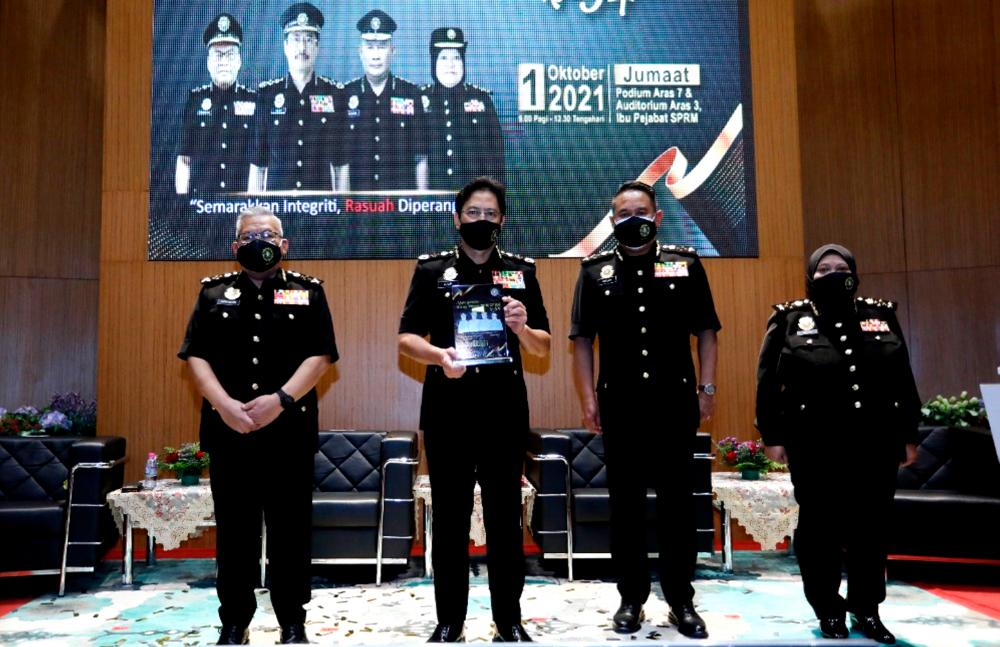 KUALA LUMPUR: The Malaysian Anti -Corruption Commission (MACC) is confident the proposed Political Funding Act could serve as a guide for the agency to differentiate between political funds and contributions to parties or politicians for categorisation as corruption.

MACC Chief Commissioner Datuk Seri Azam Baki (pix, second from left) said the country had no specific law on political funding, but the Governance, Integrity and Anti-Corruption Centre (GIACC) was drafting a law on it to be tabled to the Special Committee on Corruption (JKMR).

“The GIACC has completed the draft of the law on political funding, which I am also involved in the discussions... certain scopes have been set, among others, the need for political parties to report and declare funds they receive from any party.

“Also, the setting up of a regulator or comptroller to regulate political funds to any quarters in a political party in the country,“ he said in a special interview with the media recently, which was conducted virtually in conjunction with the MACC’s 54th anniversary celebration yesterday.

Azam said it was time for politicians to concur on the implementation of the law, like whether there is a need to control political funds for elections, like in the United States which allows political funding by declaring the funders.

Azam said politicians should support enforcement of the law to prove they were clean and free of corruption or power abuse, while at the same time proving to the people on transparent leadership and integrity.

He said it was difficult for the MACC to differentiate between political funds and bribery, but investigation would have to be conducted when it received a report on a politician receiving funds and classify it as a corruption case.

In October 2019, then Minister in the Prime Minister’s Department Datuk Liew Vui Keong said the government would table the Political Funding Bill which would focus on the regulatory aspect of political contributions, which is fundamental in efforts to eliminate corruption and create a corruption-free ecosystem among future generations based on the principles of transparency, accountability and integrity.

Meanwhile, on the proposal to establish the Anti -Corruption Services Commission, Azam said the matter had been submitted to JKMR to make the agency a more independent body.